With the new Maverick on the near-horizon, the Ford Ranger is suddenly the monkey in the middle, sitting between two extreme subsegments. Those of the "urban" pickup and the "work" pickup. While vehicles in either of those camps can arguably play the role of family vehicle, adventure vehicle or work tool, the Ranger absolutely can, and maybe does it better.

The truth is, the mid-size pickup is a great choice for couples and families to go on adventures, because it's safe when the going gets tough, and it can accommodate four - or five - passengers in acceptable comfort.

However, in a few months, when the new Maverick is added to the Ford lineup - before the end of the year, we're told - pickup truck enthusiasts will be able to choose between a compact unibody pickup, a mid-size ladder frame pickup or the best-selling full-size pickup in North America.

While we wait for this trio of cargo box equipped vehicles to be in place, the Ranger gets a Tremor edition for the 2021 model-year.

What exactly is a Tremor?
Some of you will be familiar with the Tremor designation. It was first applied to an F-150 pickup truck, in 2014 to be precise. The automaker developed this version specifically to deliver strong straight-line acceleration, and so the Tremor was based on a short-box version with the EcoBoost V6 engine under the hood.

However, since last year, the brand's strategists have reclaimed the badge for an entirely different purpose. Tremor is now associated with an intermediate level of off-road driving, with the top end of the scale reserved for the Raptor level. Much like Chevrolet's Z71 livery and its more rugged counterpart, the ZR2. The Tremor name was first added to the Super Duty lineup before making its debut on the Ranger and, more recently, the F-150.

Note that the Tremor package is exclusive to the Ranger pickup equipped with the SuperCrew cab, so you can't get the Tremor benefits with the extended cab and longer cargo box. Since this is a pickup intended for off-road driving, the off-road tires are wrapped around exclusive 17-inch magnetic colour wheels. The more aggressive tires add nearly an inch (0.8 in) to the ground clearance, which is now 9.7 inches. The suspension is also higher than usual.

At the front, the two-bar black grille has been given two red nostrils, the contrasting colour of which is repeated on the sticker on the right side of the cargo box and on the back of the front seats embroidered with the model's logo. The bumpers at both ends are also painted with this magnetic colouring, as are the fender outlines. Note also the presence of black running boards.

As for the Cactus Grey body colour, let's just say that it goes well with the Tremor Group's exclusive features, a package that does adds $5,250 to the price of the vehicle. Of course, it is possible to order the pickup with another colour.

It's also worth mentioning that the Tremor's suspension swaps its regular shocks for a package designed by partner FOX. Terrain Management and Trail Control systems - which modify driving parameters according to current conditions - are also part of the equation, as are skid plates under the truck. In short, the Tremor can handle itself very well off-road.

So what's the appeal?
At the time of writing, Ford has yet to confirm the arrival of the other Raptor, despite what is assuredly strong demand in North America. If the automaker does finally agree to add a Raptor trim to the top of the Ranger lineup, the Tremor will be supplanted, but until that happens, off-road truck enthusiasts should look to it as a clear improvement over the optional FX4 package.

The look isn't garish either; with just a few details here and there to identify it, the Tremor doesn't draw attention to itself in traffic.

As for the ride, the new suspension adjustments greatly smooths out the vehicle's behavior. Let's just say the shocks with reservoir and the new blades at the rear absorb the irregularities of the road much better. Because let's not forget that the Ranger Tremor, despite its off-road gear, must also do well on the road. This is much better, and the off-road tires don't interfere with handling as they sometimes do.

Don't think the Ranger Tremor is as smooth a rider as a Taurus though. When the bed is empty, the pickup still hops around when on pockmarked roads.

For the rest, the 2021 Ranger Tremor retains the model’s 2.3L turbocharged 4-cylinder engine delivering 270 hp and 310 lb-ft of torque. The unit works well with the 10-speed automatic transmission, although there is still some "jerking" to be heard on occasion.

And for those who think a 4-cylinder doesn't have what it takes to power a pickup, think again, because Ford's engine does, and its sound is far from unpleasant. On the other hand, its average fuel consumption suffers somewhat. Indeed, the Canadian EnerGuide announces an average of 12.2L/100 km, while I recorded an average of 13.4L/100 km.

The last word
You need a good budget to get into the middle-level pickup trucks. My Lariat tester cost a cool $52,478 with almost $10,000 worth of options on it. Mind you, in the midsize pickup segment, there is a wide range of prices among the multitude of trims and configurations available.

Other than that, if you don't mind the high ground clearance and the slightly dated interior, the Ranger Tremor can be used as an adventure vehicle, a work vehicle or even a family vehicle! 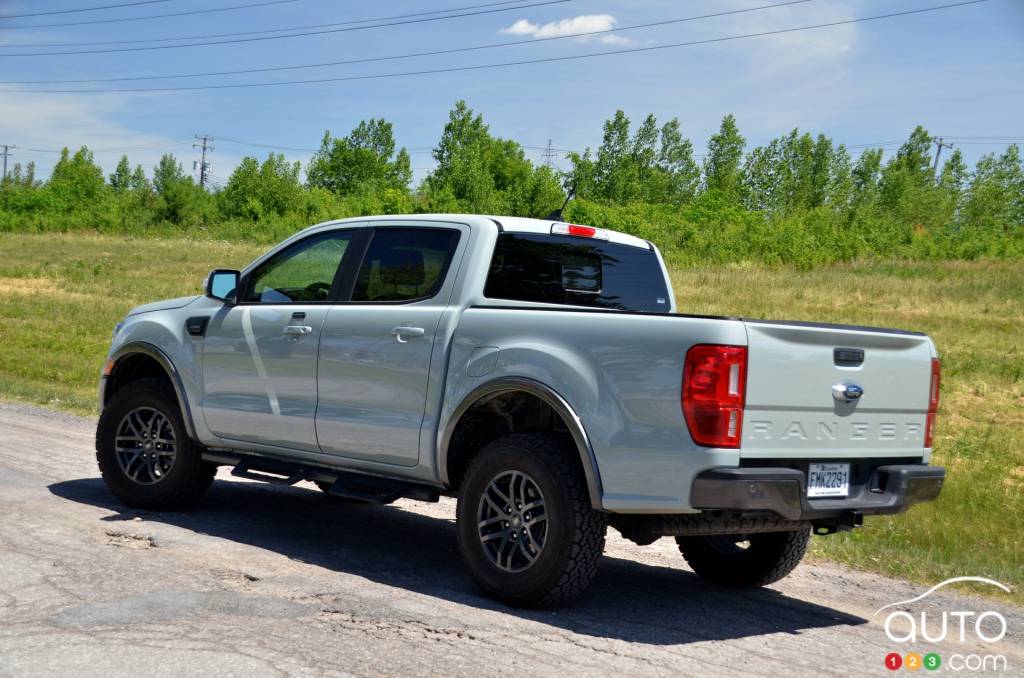 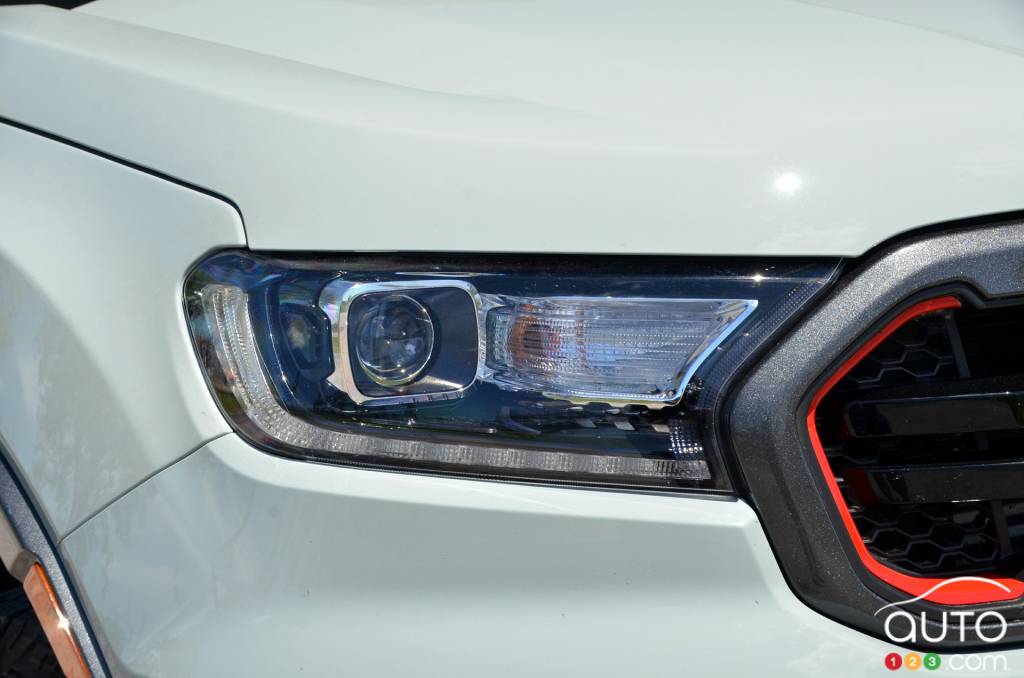 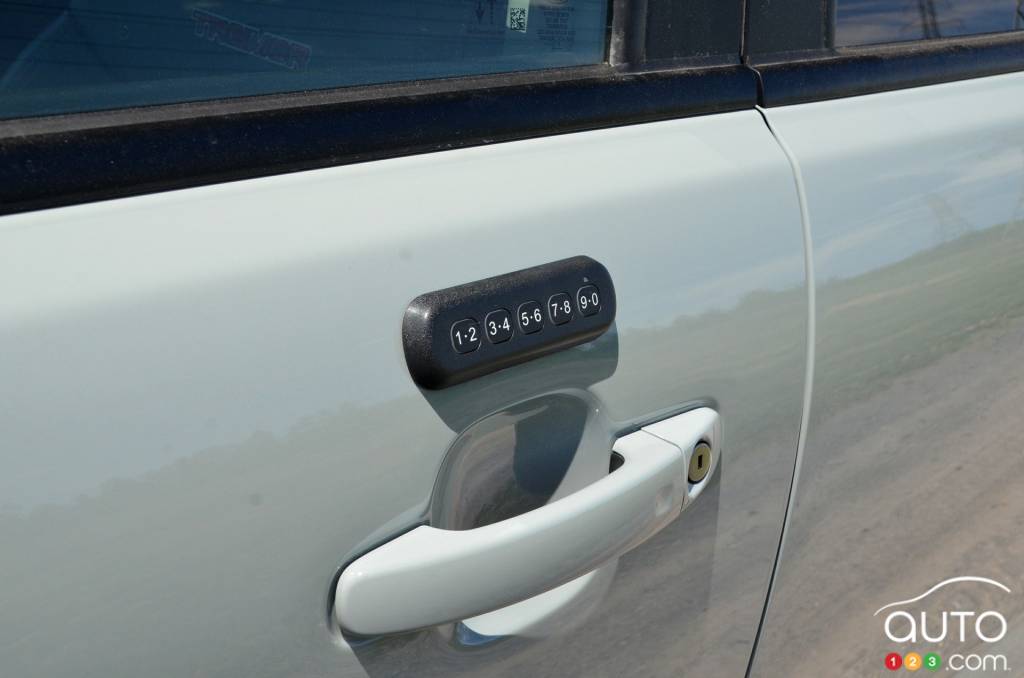 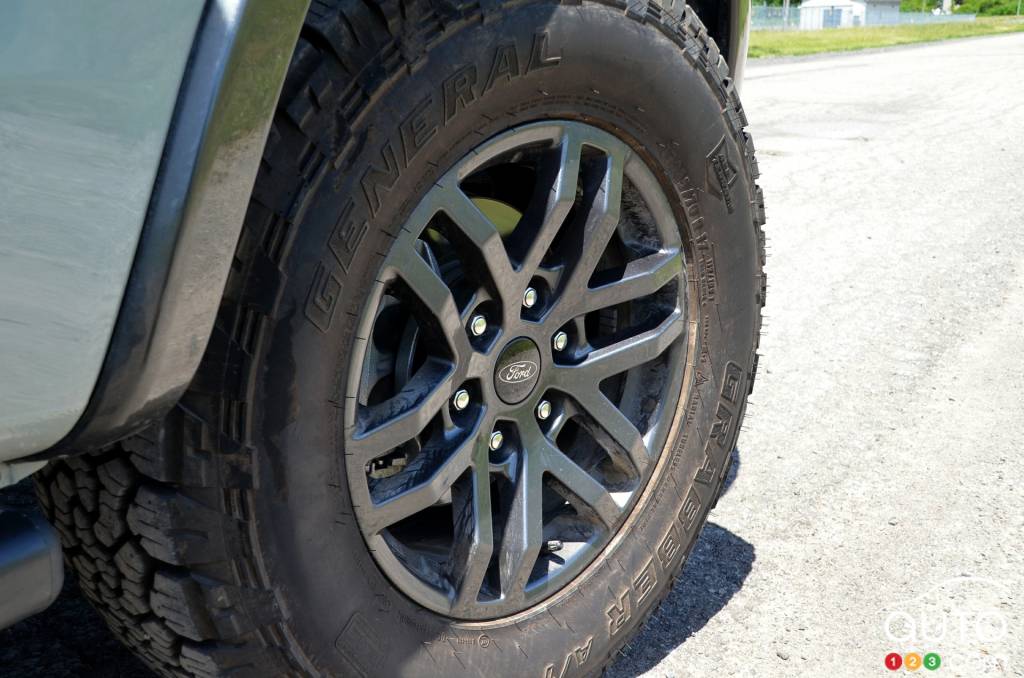