Give the largest Subaru model on the market a first look, and you might easily conclude that the Ascent is nothing more than a Forester on steroids, beefed-up to accommodate the sought-after third row of seats. Actually, it's a little more complex than that, but in the age of modular platforms, that's not so far from the truth either.

After all, the Ascent is based on the global platform that underpins everything from the very affordable Impreza to the very practical Crosstrek to the Legacy/Outback duo. Even the Ascent's 2.4L turbocharged flat 4-cylinder engine can be had in the top trims of the latter sedan/elevated wagon duo.
Then, like the rest of Subaru's SUV lineup, the Ascent draws from Subaru's extensive parts inventory to create a three-row crossover shape, a niche that serves as a crutch for families that wouldn't want to be seen in a minivan, it should be remembered. The newish Ascent has been good at what it does, in fact it has had no trouble making us forget its predecessor, the largely forgotten Tribeca.

Now in its third year on the road, the 2021 Ascent is a mature SUV that inspires confidence - as does the rest of the lineup, mind - but is that enough these days? Some competing models in this class have earned a solid reputation with consumers in their own right, such as the Ford Explorer, the Toyota Highlander or even the Honda Pilot, while others offer a new approach, for example the Korean tandem composed of the Hyundai Palisade and Kia Telluride. Compared to that pair, the Ascent is more of the shy type with its discreet silhouette and functional interior. Pure Subaru!

A well-adapted powertrain?
Let me reopen the debate on the number of cylinders needed to power such a vehicle. Most three-row SUV models are at least available with a V6 engine, and it's fair to say that these 6-cylinders are a good match for these heavyweight vehicles. But in the age of electrification and greater environmental awareness, smaller engines are in vogue. Right now though, Subaru is, with Mazda and its CX-9, the only manufacturer to market a three-row SUV exclusively available with a four-cylinder engine.

The Subaru Ascent's 2.4L flat 4-cylinder engine delivers 260 h, practically speaking and 277 lb-ft of torque, which is more than adequate for the vehicle's people-moving needs. Plus, the continuously variable transmission (CVT) does a flawless job most of the time. I did notice a few hesitations from this unit in the city, but nothing really major. And on the highway, at high speeds, the CVT performed well, although you have to adapt your driving a little for passing. As for the all-wheel drive system, I still think it's one of the best in the industry, simply because it's permanent. In other words, the four-wheel drive system works tirelessly.

Rediscovering the interior on a Montreal-Kingston return trip
Because sometimes you have to drive a longer distance on the road - even during a pandemic – I had occasion to test out this family-oriented Ascent on a trek from Montreal to Kingston, Ontario and back. As a highway cruiser, the Subaru Ascent is a very good choice, firstly because it inspires confidence, but also because the comfort level is excellent, especially in the first two rows. In fact, the four seats in rows 1 and 2 are soft and comfortable, as well as being adjustable in several ways, and even heated in the Limited model I was driving. However, third-row passengers have to make do with one bench seat - not two independent seats - and don't get the benefit of the seat heating function. Comfort is more limited in the third row, though that’s pretty much par for the course in this segment.

Up front, occupants enjoy an environment that’s certainly familiar, at least to those well-versed in the brand's models. The dashboard’s shape has already featured in the Forester, with an 8-inch centre touchscreen that is curved between two vertical ventilation nozzles, while the ventilation controls are placed beneath. The centre console where the transmission lever sits is very low, unlike the cargo area that acts as an armrest. As for the multifunction steering wheel, it's imposing to hold, but still easy to use on a daily basis.

I should also add that the assembly quality is in line with other Subaru products, meaning it’s very good, even if the environment isn't fancy in any way. Subaru puts function first, after all; striking design is for the others!

Behind the wheel of the Ascent
For a vehicle that’s largely modeled on others in its class, the Subaru Ascent does very well in urban environments where it offers lighter steering, though that becomes heavier for better control at sustained speeds on the highway. In fact, I was able to keep up with the pace set by some of the Ontario drivers surrounding me on the 401, which is, shall we say, higher than the legislated 100 km/h. The Ascent wasn't hampered in any way by its weight or the fact that it has a 4-cylinder engine under the hood. The very low hood position is definitely an asset for the big vehicle, especially in curves where the Ascent doesn’t roll uncomfortably.

Of course, you have to learn to live with the musicality of the boxer engine when the CVT transmission raises the engine speed, but like all vehicles equipped with such a unit, once the desired speed is reached, you no longer hear the roar of the engine inside. In fact, the only sound criticism I have about the Ascent is that you can still hear wind noise inside the vehicle above 100 km/h, a situation probably related to the size of the side mirrors.

The EyeSight safety system also looked good despite the audible warnings that can become annoying over time, while fuel consumption remained around 12 L/100 km. What this means is that if I had limited my highway speed to the prescribed limit, that figure would have dropped to a more than respectable level... for a vehicle of this size.

The last word
The Subaru Ascent is like a black sheep within its niche. Not only is its powertrain unique, but its design, while not very original, makes it one of the safest. Driving pleasure is certainly one of its strengths, as is the quality of assembly, but despite this, it lacks that distinctive element that would set it apart from the other models in the lineup. That's probably why some of its potential customers are turning away from its in favour of snazzier large three-row SUVs made by competitors. 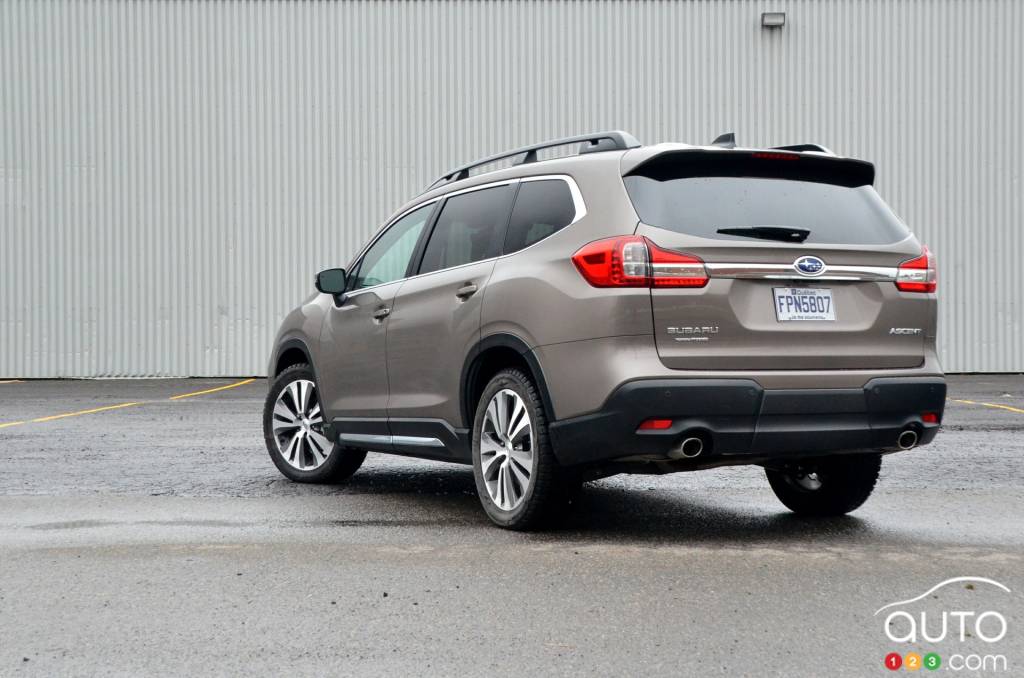 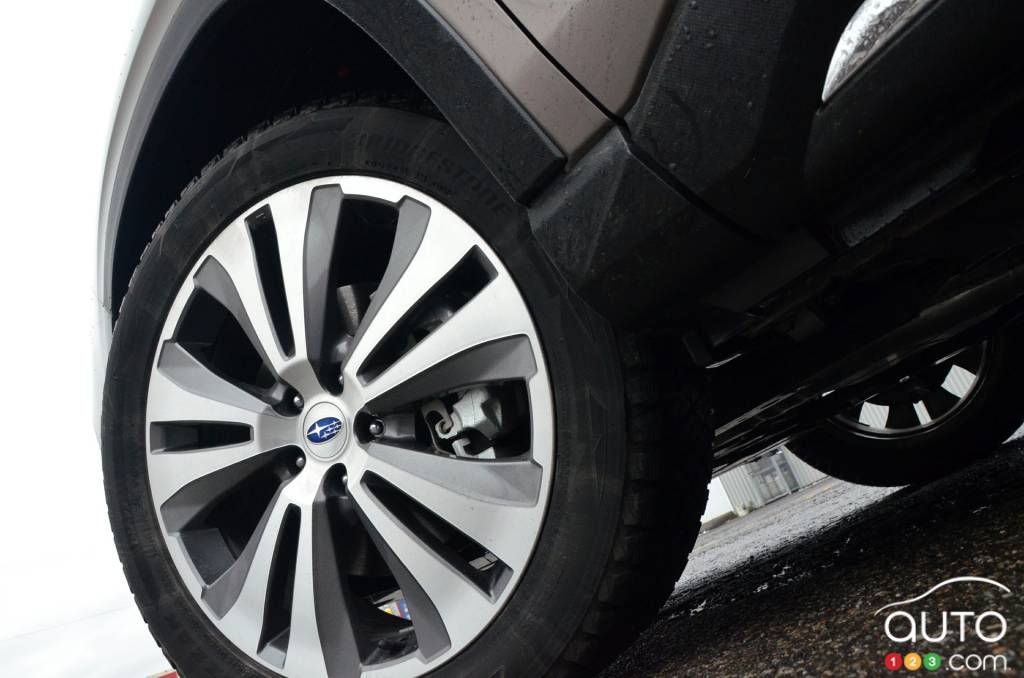 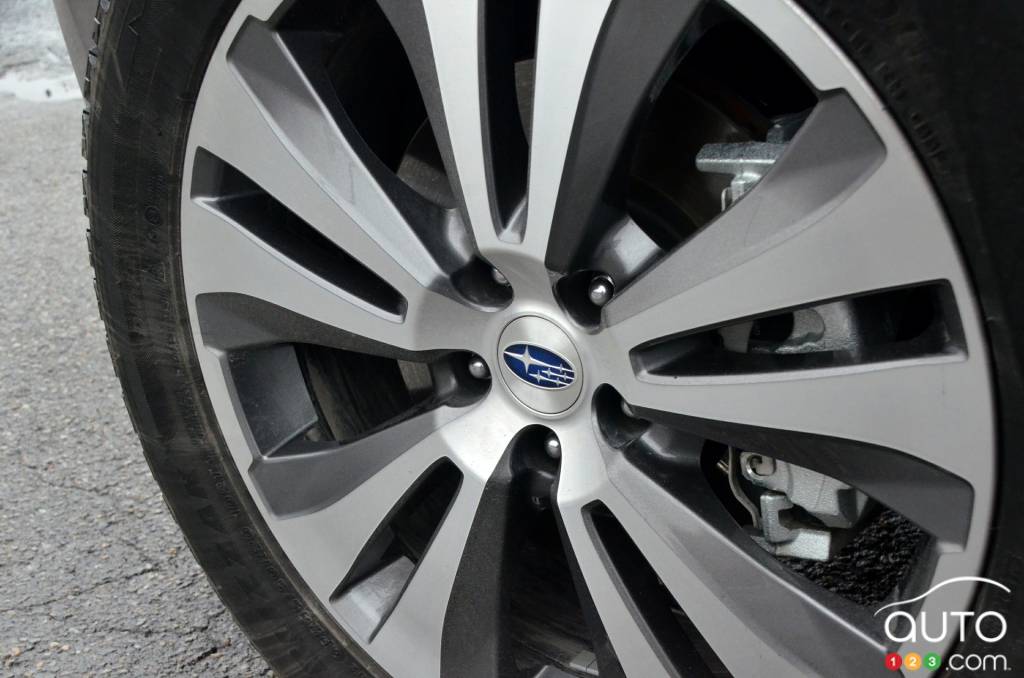 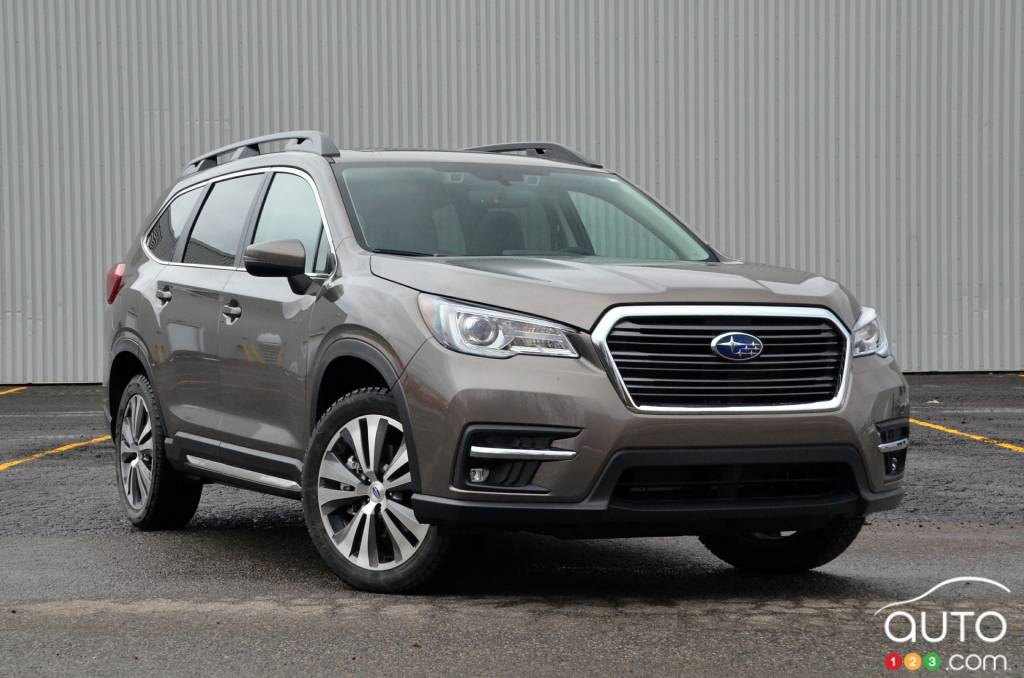 Subaru has given its Ascent SUV a mild-to-medium design update for 2023, mostly touching on the front and back ends, and added more technology to the offerin...