Hockley, ON - The compact crossover category is already crowded (see the list at bottom if you doubt me). So much so in fact that some automakers have stepped up their efforts by aiming higher or lower with slightly smaller or larger models. Can’t get enough SUVs out there on the market, they say. But one player was missing in the popular ‘little fellah’ category: Volkswagen.

Considering that the movement launched back in 2011 when founding members the Nissan Juke and Mitsubishi RVR first appeared, the German manufacturer is late. Like a decade late. But hey, as they say, better late than never! And as Thomas Tetzlaff, head of public relations for Volkswagen Canada, mentioned, the Taos was designed for North America, unlike the brand's other small SUVs that are marketed elsewhere the world.

VW’s Canadian division invited a few members of the Canadian automotive press to Hockley north of Toronto this week, to put the newest SUV to join the lineup to a first test. We were happy to accept.

No doubt about it, this is a Volkswagen
You can easily spot a family resemblance between the Taos and big brother the Atlas, especially at the front where the grille, black glossy centre panel, VW badge and headlights are all coherently organized. The hood is quite flat, but the two bumps in the center of the hood are a minor but effective detail. As for the profile of the pocket crossover, it too resembles the brand's other SUVs, with the possible exception of the wheel design, which in this case can be delivered in 17-, 18- or 19-inch sizes.

At the rear, the two LED running lights have an interesting new signature, as does the bumper where the black plastic rises quite high. Oh, and those exhaust pipes in the bumper are fake!

Typical VW interior
It's the same story on board the Taos, with a dashboard that calls to mind that of the Jetta sedan, with its central screen tilted slightly towards the driver. The Highline trim on loan for this first drive is distinguished by its two-tone perforated leather buckets and the two extra-wide screens. The screen behind the steering wheel is 10.25 inches wide, and the Taos Highline is the only one that can be equipped with it (all other trim get an 8-inch data screen). The other screen, a touch screen, is also 8 inches, and it's found on the two most expensive models. Don't worry, the base Trendline model also has a 6.5-inch screen.

The assembly is well done and the surfaces near the occupants are of good quality, from the feel and look of it. Further on, over the dashboard, the plastic is a bit rougher, but that's okay - the Taos is, lest we forget, conceived as an affordable vehicle.

My time behind the wheel might have been limited to a few hours on this day, but it was enough to determine that the central screen is relatively easy to use, with clear and simple graphics. Touch controls on either side of the screen make navigation easy, but this arrangement takes some getting used to. It's also possible to access the many functions displayed on the screen behind the steering wheel via the buttons on the steering wheel, which by the way has a rather large wheel rim, but still feels good to hold.

I must also mention that the Taos is actually larger than the average bear in its class. In fact, as soon as you open the doors or the tailgate, you can see you're dealing with a “big” small vehicle. The trunk, for example, offers a volume of 705 litres, or five more than in the first generation of the Tiguan marketed until 2017. As we’ve noted on numerous other occasions, vehicles just continue to grow and grow! Even the second row can make for comfy passengers, delivering impressive head- and legroom.

Behind the wheel
Our day behind the wheel of the little Taos was spent on a mix of smooth and curvy back roads and slightly bumpier surfaces. Equipped with 19-inch wheels, the crossover proved it belongs to the same family as the Golf GTI, at least in terms of handling. With those big hooves, the Taos maintains good poise and verve in corners, but things hit a little hard on uneven surfaces. If you insist on optioning in the special rims, try to avoid taking too many pockmarked roads.

The steering also proved itself worthy of praise, with a feel close to that of the GTI, though not quite as surgical, and the brakes have a pleasing bite.

The richly equipped Taos Highline comes with the optional Driver Assistance Package, which also includes a dynamic road sign display, lane tracking system with traffic jam assist and emergency assist functions, as well as adaptive cruise control with stop-and-go functionality. The lane tracking system did well picking up the yellow lines of Ontario's road network, and I was happy to note it isn’t overly intrusive.

Under the hood, the Taos is equipped with a 1.5L turbocharged 4-cylinder engine delivering 158 hp and 184 lb-ft of torque. While the base FWD model comes standard with an 8-speed automatic transmission, all other versions of the vehicle, equipped with the in-house 4MOTION all-wheel drive system, receive a 7-speed dual-clutch unit with the option to shift gears yourself via the lever only. The paddles behind the steering wheel were conspicuous by their absence, but in Volkswagen's defense, the Taos is not meant to be taken for a Golf R.

The 1.5L engine is only just powerful enough to get the job done, so the Taos won't break any acceleration records. Fortunately, the powertrain does very well in terms of smoothness, especially at highway speeds where it becomes quiet again. In terms of fuel consumption, I averaged 9.3L/100 km, which is close to the city average predicted by Natural Resources Canada's EnerGuide.

The last word
It will take a second test drive to get to know Volkswagen's newest and smallest SUV in more depth, but this first kick at the can behind the wheel did demonstrate that the Taos proves it has many positive qualities, all of which it will need to take on the pack of pocket-sized SUVs awaiting it. 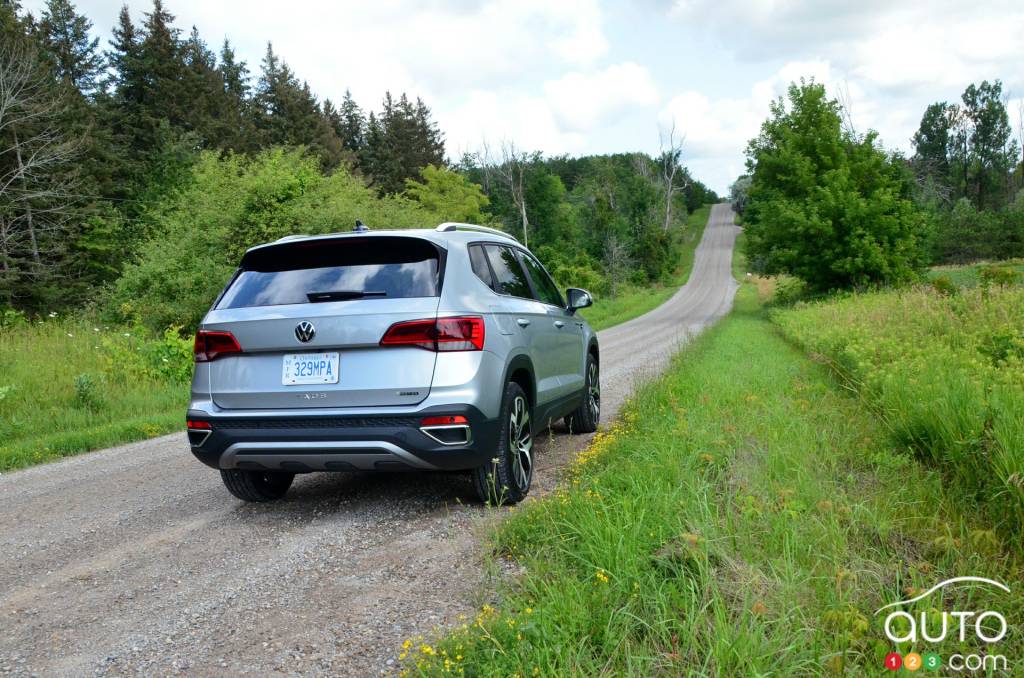 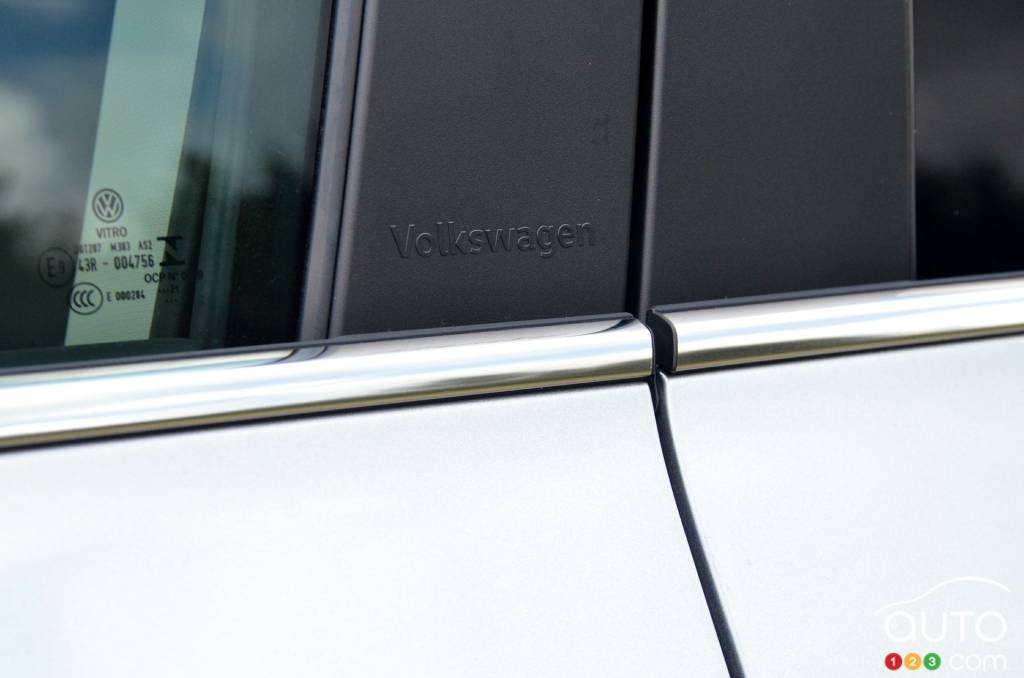 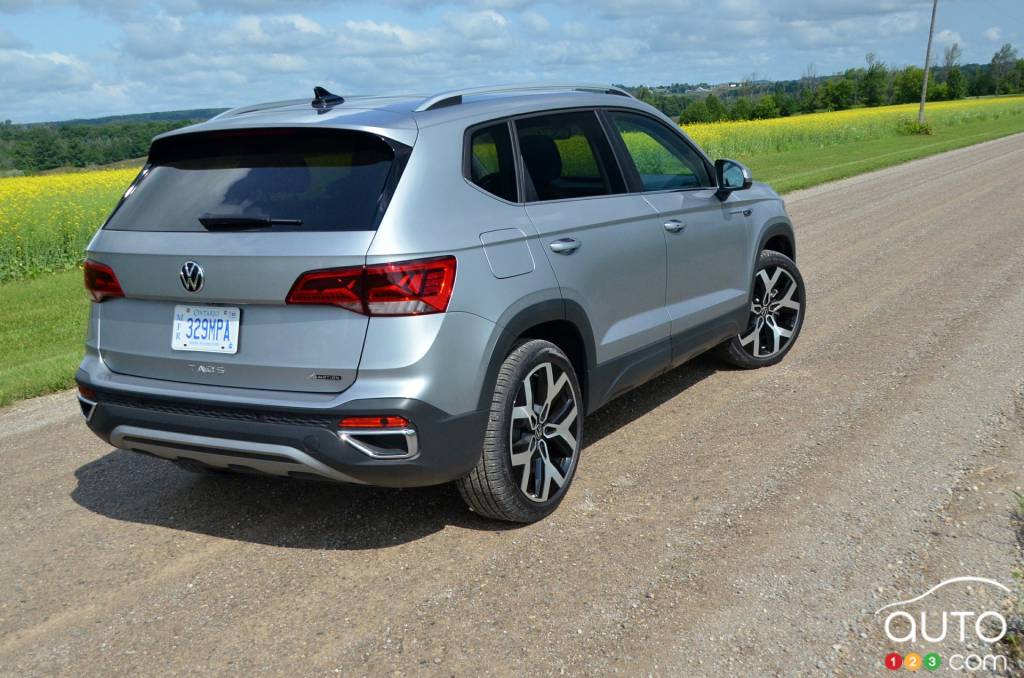 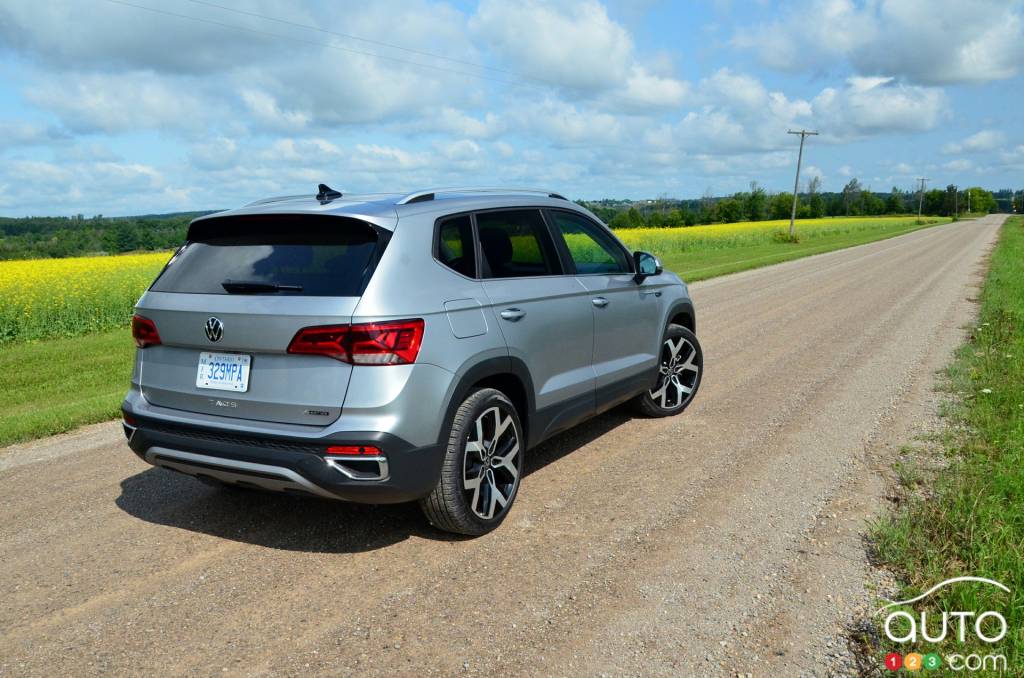 Cry as we might about the decline of compact cars, it’s crossovers like the 2022 Volkswagen Taos that buyers want. And frankly, odds are that the smallest of...