After the all the hype, much anticipation and a few delays, Ford has finally rolled out its reimagined new 2021 Ford Bronco and 2021 Ford Bronco Sport SUVs. The least we can say is that the Blue Oval automaker spared no effort with its new utility models.

Though this was a little before my time, the older among you may remember a certain day in April 1964 when Ford reserved air time on the three major American television networks to show its brand-new Mustang.

This evening, on Monday night, a three-minute commercial (let's call it a short film) was shown on ABC at 8:09 p.m. Spared no effort, as mentioned...

What’s new?
We've heard so much about the Bronco, it's almost hard to know where to start. We knew Ford was going retro with the model, that it was going to come in two- and four-door configurations, that it was going to have removable doors, and also a partially retractable roof. We even knew the makeup of its mechanics.

We even knew that a smaller, ‘Baby’ Bronco would also be part of the plan.

All of this was confirmed with the presentation. Here are the details regarding the models’ mechanics. For starters, the big Bronco gets a 2.3L 4-cylinder base engine making 270 hp and 310 lb-ft of torque; but it can also be had with a 2.7L EcoBoost V6 that should deliver 310 hp and 400 lb-ft of torque. Ford also confirmed both a 10-speed automatic and 7-speed manual gearbox will be part of the product offering. 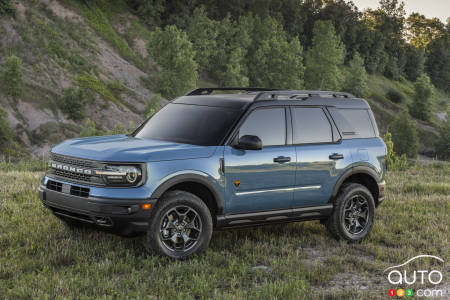 Ford thus presented not just a new model but a whole Bronco family in one fell swoop: the two- and four-door Bronco versions, as well as the Bronco Sport.

The Bronco will come in six versions in Canada: Base, Big Bend, Black Diamond, Outer Banks, Wildtrak and Badlands. Pricing will start at $40,199 CAD and climb to $61,994 for the range-topping four-door trim. The Bronco Sport gets a starting price ranging from $32,199 to $40,199.

Capabilities
It's been clear since Day 1 that Ford’s aim in reviving the Bronco nameplate is to compete with Jeep and its Wrangler. The product presented tonight clearly has all the tools to do so. Did it draw inspiration from its rival? That’s also obvious, but that has no bearing on the capabilities of the two Broncos.

The Bronco (two- or four-door) will benefit from a 4X4 system as standard equipment. It will be offered with Dana front and rear limited-slip differentials. A hydraulic stabilizer bar that can be disconnected will also be available for maximum articulation during extreme off-road rides. We're thinking of the Jeep Wrangler Rubicon here. Ford said moreover that suspension travel is very generous, 17 percent more in fact than the competition it studiously avoided naming.

As for the removable doors, a compartment is provided for storing them in the back, so it'll be possible to remove and replace them when you're out in remote areas. Roof sections can be removed on the models. A soft top is standard, but four-door versions can also be fitted with a hard top.

An interesting detail: the mirrors are mounted on the front of the vehicle, so when you remove the doors, you don’t lose the mirrors along with them. On board
Inside, the images provided by Ford tell much of the story. Here the company’s designers borrowed a formula that works well for Jeep, giving the model a very rugged, adventurous interior style. There’s a big nod and wink to the brand's past, with the dashboard clearly referencing the model's history. That said, the present will be very visible, especially with the 20-inch screen that will equip the two- and four-door models. The Bronco Sport makes do with an 8-inch screen.

There's plenty of storage, including bins under the second row and practical options like a table that can be mounted in the back. In short, Ford thought of everything it possibly could to meet the needs of those who like to veer off the beaten path. Ford says 200 aftermarket accessories are already available for the Bronco, and another 100 for the Bronco Sport.

You can bet there’s a lot more of that come, and in case you doubted that there was Bryan Cranston on hand to confirm it. If you can’t believe Walter White, well who can you believe?

Today, the man introduced us to a real Bad Boy. We'll have the opportunity to come back to the Bronco at length, you can be sure. But let's just say that this first glimpse is cause for excitement. Like everyone else, all we want to do now is get behind the wheel.

The 2021 Ford Bronco Sport will debut at dealerships first; you'll find it in showrooms as of this autumn. The two full-on Broncos are set to start their commercial lives next spring. 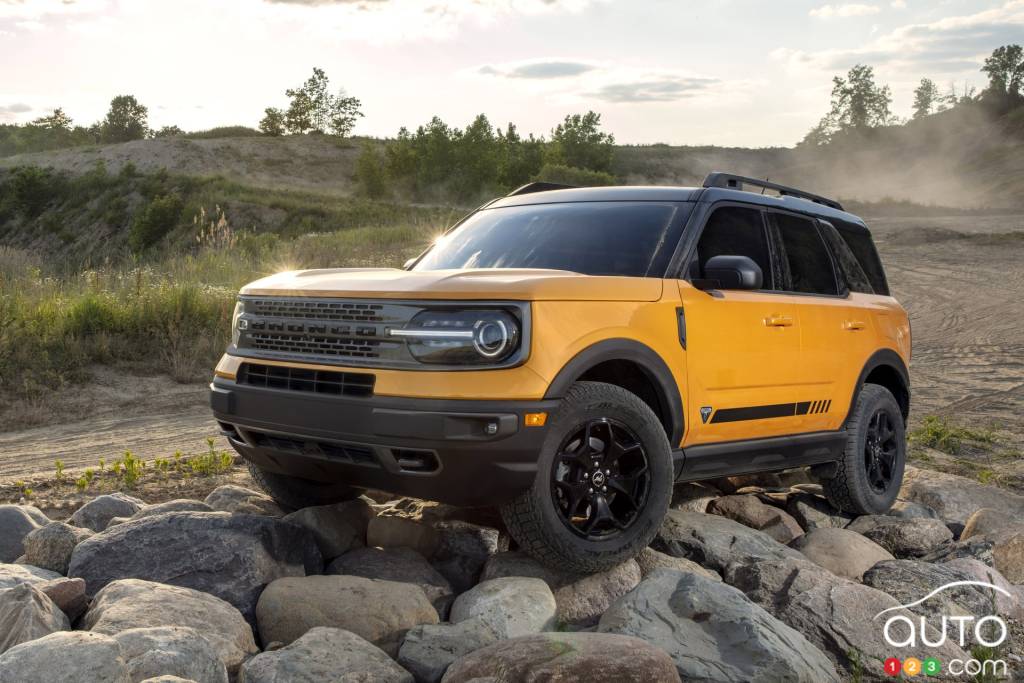 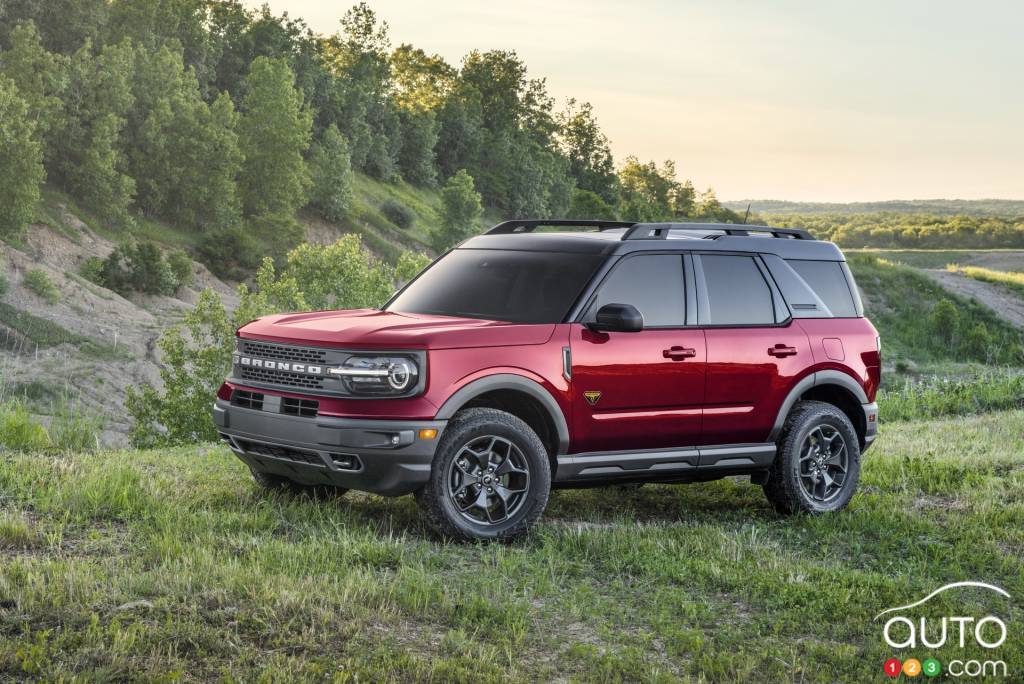 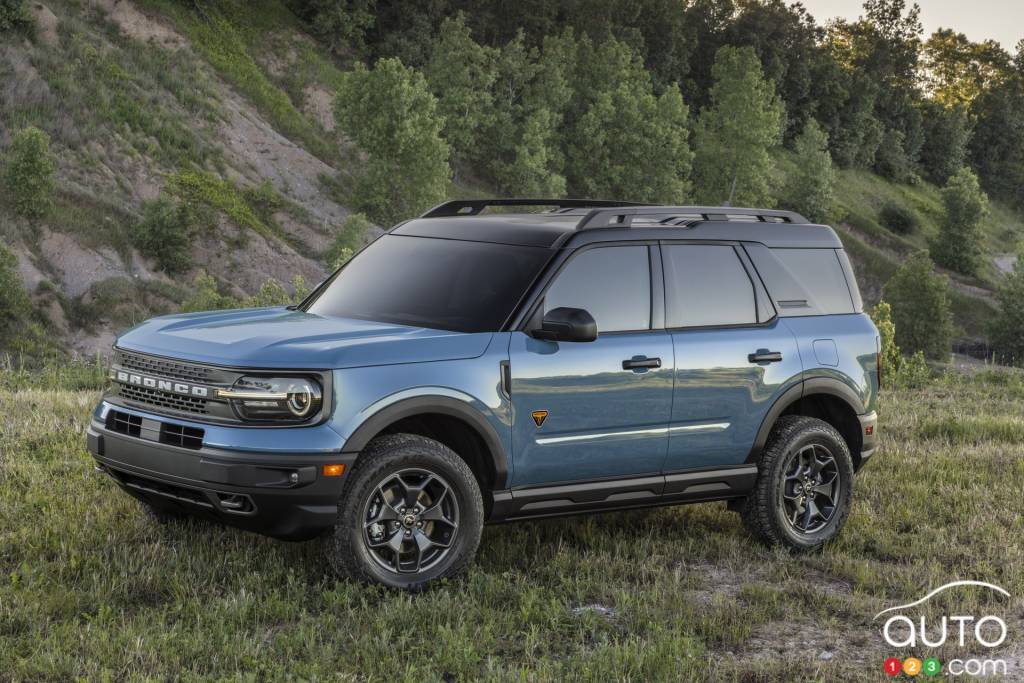 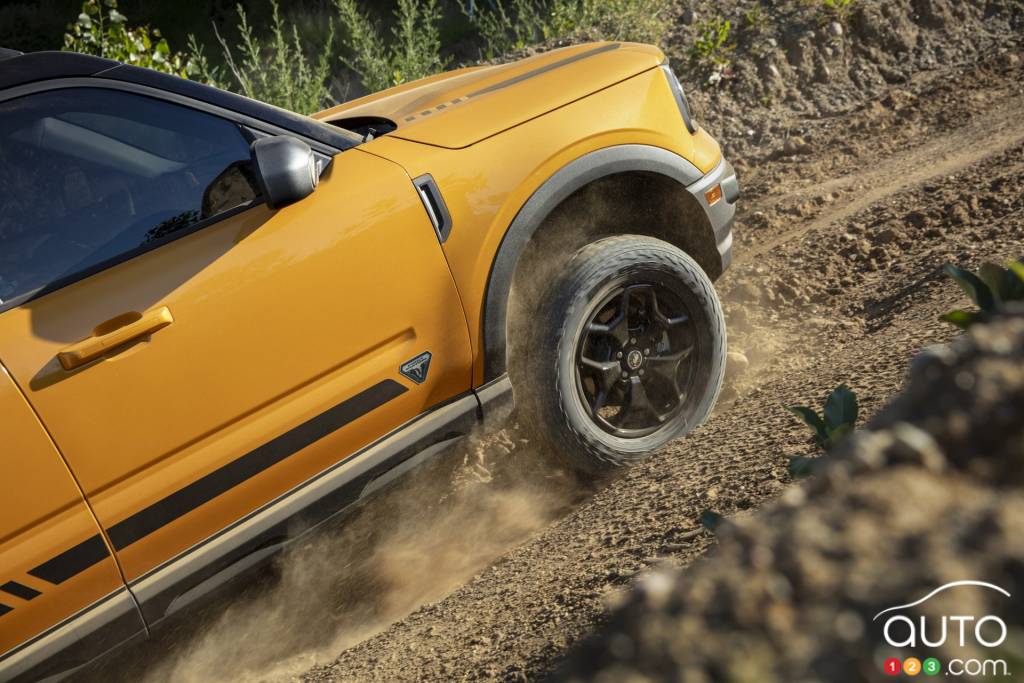 Another problem is affecting the Ford Bronco, which has been beset with issues requiring recalls since its launch. This time, the issue involves a component ...