Just a few short weeks ago, I had occasion to briefly discover the 2.0 version 2021 Toyota Venza. This "one on one" presentation - only one member of the automotive press at a time, out of what what they call ‘an overabundance of caution’ - was certainly unusual after so many years of covering the world's largest industry, but in the context of the current pandemic, this solution conjured up by Toyota Canada has the big merit of letting us learn more about a new vehicle that what can be found in a press release and a photo gallery.

Last week, it was the turn of the other new 2021 hybrid, the Sienna minivan, to be brought out for show and tell. The model is getting a radical makeover after 10 years in much the same shape. In the process, the most versatile and practical of Toyota models also becomes the 10th in the company’s Canadian lineup to offer an electrified powertrain – a mere 20 years after the very first Prius appeared in 2000.

The only thing different between the two Toyota meet-and-greets – other than the model itself, of course - was the venue. With summer in full swing, the event was held in the great outdoors. For the rest, though, this speed dating session with the Sienna followed the same script as that with the Venza crossover back in May.

Enough of all that though; here are the highlights of our first contact with the new 2021 Toyota Sienna which, for the occasion, was presented in two trim levels: XSE front-wheel drive and Platinum four-wheel drive. Note also that both vehicles were pre-production vehicles, a detail that explains, among other things, the glossy finishes of certain plastics in the cabin.

A word about the design
As always, the manufacturer's official images look great, what with the spectacular scenery and superb image quality. But they don't deliver the more rounded impression a tour of the vehicle in person provides. For this fourth generation of the minivan, Toyota’s design department decided to go for a more dramatic silhouette, in line with the brand's recent creations, notably the revised 2020 Highlander. The bumper features a huge mesh screen under the Sienna's blue badge, while the hood is raised, not only for better safety in a collision, but also to give this minivan a look that snuggles up more intimately with three magic letters: SUV.

From the side, the new Sienna has fairly plain windows, the exact opposite of the muscular fenders that end with the pinched taillights at the rear. This design stroke forced the engineers to come up with an unusually shaped fuel-tank door. And since the trendy thing is to equip new models with large-diameter rims, the Sienna gets shod in 20-inch wheels that, I must admit, look small in those big wheel arches. I’ll bet that a set of 22-inch wheels will be added to the list of options in the next year or two.

On the inside...
The interior, invariably a minivan's greatest strength because of all the available space and the comfort that comes with such a roomy vehicle, reveals both many things you’d expect to find and a few surprises. Let's start with the new features, which on their own are often the ones designed to get consumers drooling.  And so we find a dashboard that’s a complete departure from that of the outgoing model, especially the raised and floating centre console. Underneath it, a large empty space just begs to accommodate a backpack or purse.

The available 12-inch touchscreen is reminiscent of the one seen in recent Toyota models, while an optional head-up display above the dashboard makes it easier for the driver to keep their eyes on the road. Then there’s the more attention-grabbing stuff, for instance a fridge and a vacuum, both located in front of the second-row occupants. Both options are only available with the more upscale trims. From looking at it, though, the refrigerated compartment is only good for a few bottles of water, so don’t get too excited.

As for the expected stuff, well, it is a minivan, which means that the interior volume rivals that of some urban apartments. The seating arrangement of the second and third rows is also very conventional. Toyota prefers to offer a second bench seat (or two captain's seats) that can slide on very long rails to facilitate access to the third row, rather than offering the option of removing them or retracting them into the floor as is the case with Chrysler. On the other hand, they seem very easy to handle, as does the third row, which has been using this method for a very long time; regulars will have no trouble acclimatizing to it.

Hybrid fuel consumption
Toyota promises an average fuel consumption rating of 7.1L/100 km, a figure that almost gets close to the new Venza's (5.9L/100 km). The Sienna is of course heavier, which explains the difference. However, when you consider the outgoing Sienna's (front-wheel-drive) output of 11.0L/100 km, the new Sienna cuts that by nearly 4.0L/100 km, if my lousy math doesn’t let me down. That’s something that should appeal to consumers accustomed to big minivans.

The stingy fuel consumption is down in good part to the powertrain, borrowed from the Toyota family's newest hybrids (Highlander, RAV4, Venza). In this system, an efficient 2.5L 4-cylinder engine works in concert with three electric motors (two in the front and one on the rear axle).

On board the larger Sienna, power from this unit is 243 hp - a considerable loss compared to the 298 hp of the V6-powered 2020 Sienna. Jocelyn Daneau, Toyota Canada's Regional Director, told me the more-instantaneous torque from the electric motors should more than make up for the reduction in brute strength. Time (and an actual road test) will tell us if hybrid technology is appropriate for this type of vehicle.

New platform, new driving pleasure?
The new Toyota Sienna is the latest of many to make use of Toyota’s promiscuous TNGA architecture (TNGA-K in this case). Admittedly, this base has given the brand's most recent models a welcome bit of verve. Will it be the same story for the minivan? Here too, a test drive is required before we can answer that.

On the other hand, it’s likely most minivan drivers won’t even notice the change of foundations for the new Sienna. You don't get yourself a family minivan so you can make like you’re in an 86 coupe, or even a Corolla. On the other, other hand, every little detail counts these days, from the increased rigidity of the platform to the more-precise steering. As for what's under the hood, I can say with certainty that buyers will fall madly in love with… the Sienna's performance at the pump!

See you in November (if not before) for a first in-depth test drive of the 2021 Toyota Sienna. 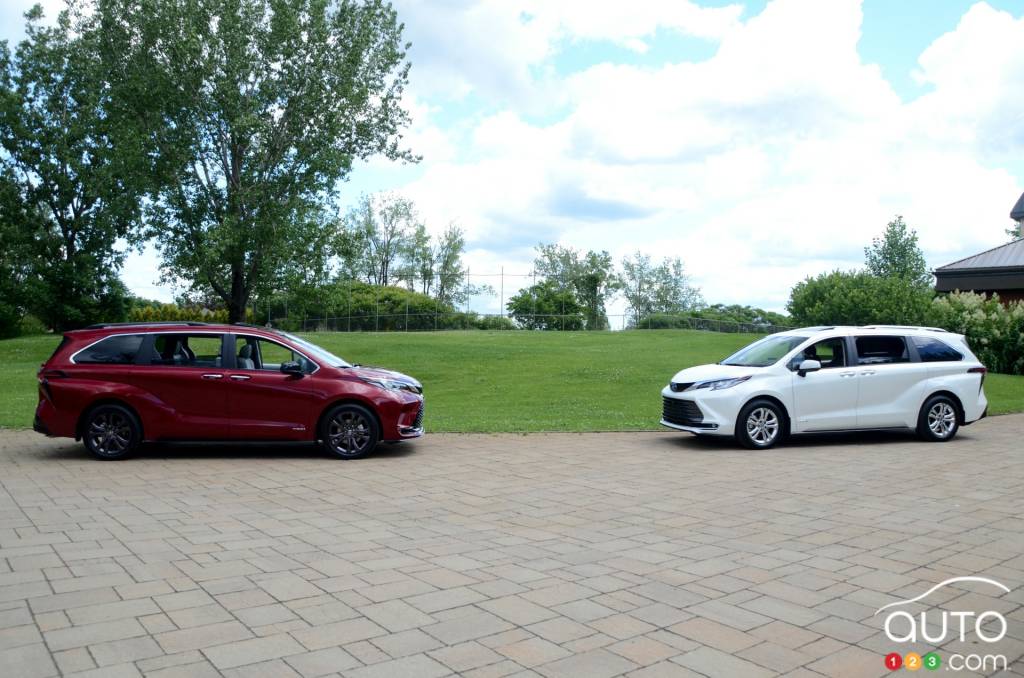 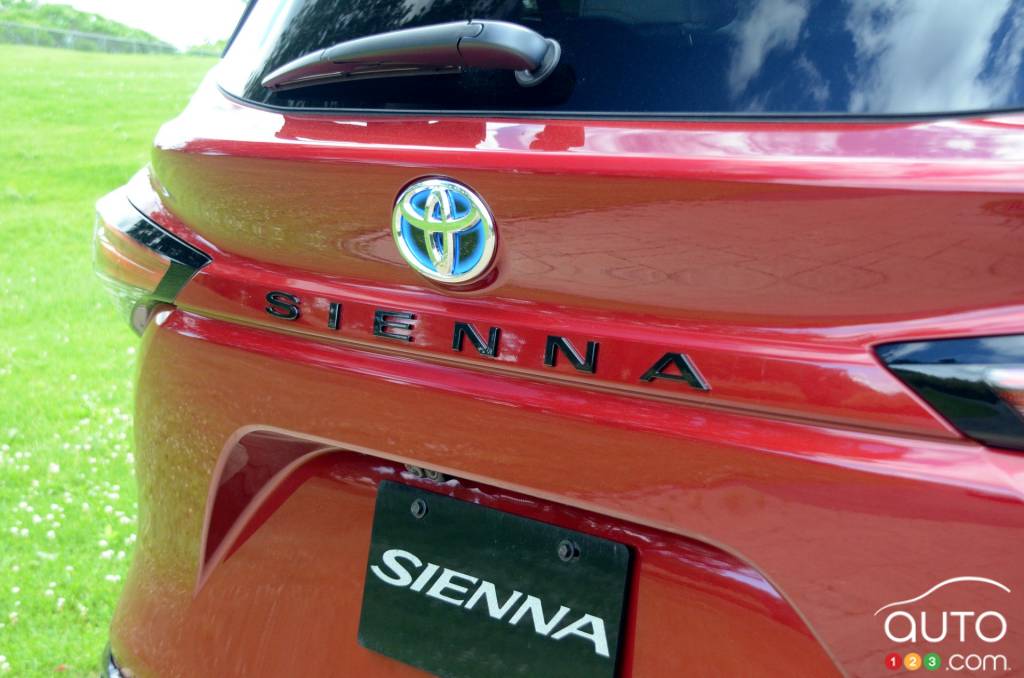 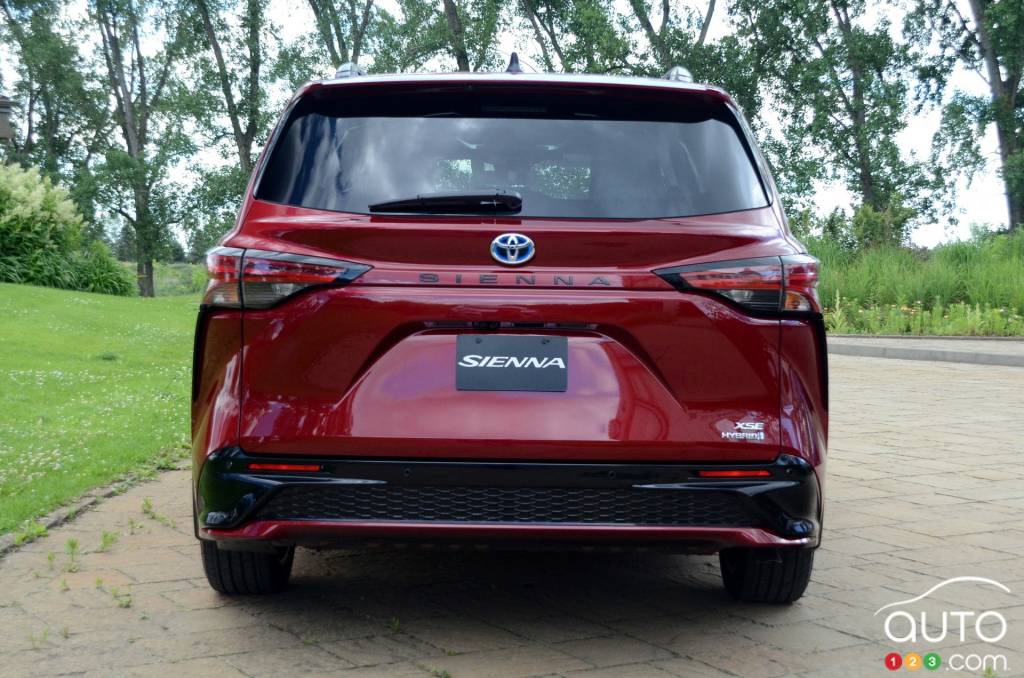 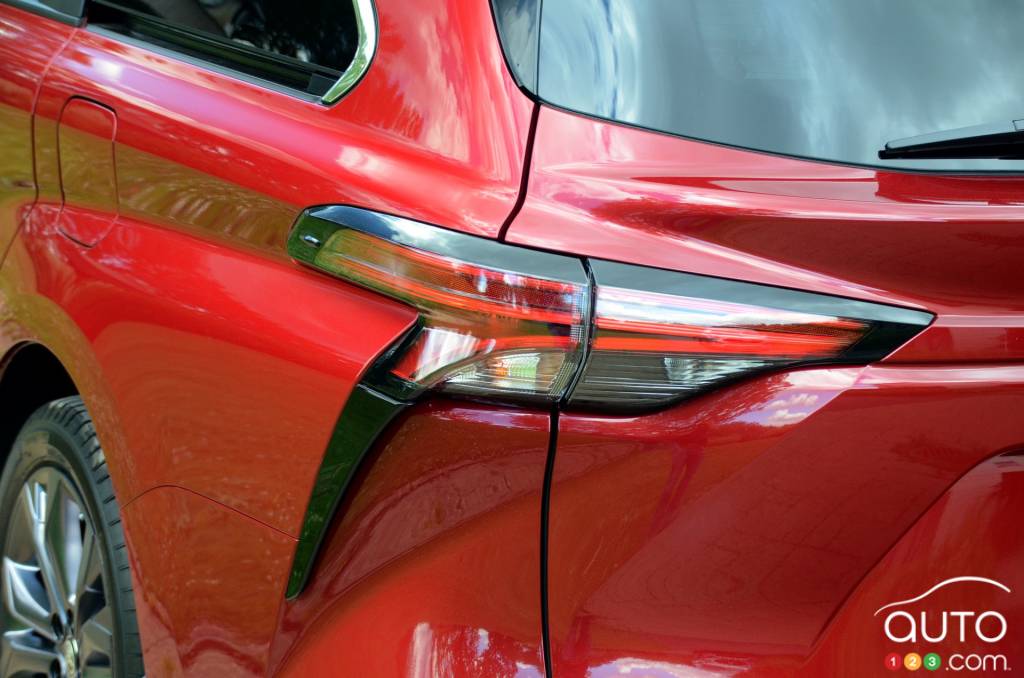 The 2021 Toyota Sienna is freshly remodeled and now available in a hybrid version. Here’s our first test drive of a minivan that now will cost owners signifi...