Mini is making like a number of other automakers and smaller startups in exploring the living spaces of vehicles as they might look in the future. The British company has just unveiled the Mini Urbanaut concept, which brings to life its vision of what future self-driving vehicles might be like on the inside.

To give you an idea, at 4450 mm in length, the Urbanaut is a little shorter than the average modern minivan. Still, if this thing were ever to be produced it would be the biggest Mini in history.

The Mini microbus
Essentially a box on wheels, the concept is nonetheless chockful of innovative technologies and ideas inside. On the outside, the vehicle leads with an aluminum grille similar in look to the current standard Mini grille. The LED headlights are to be used for both lighting up the road ahead and for communication.

The Urbanaut’s wheels are translucent and light up as well – and as you would expect from a Mini, the Union Jack is present and accounted for. 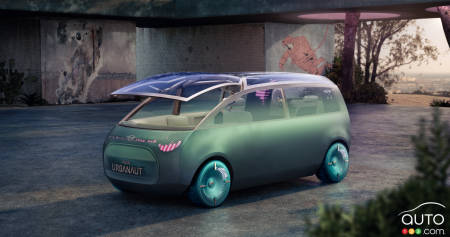 Getting inside requires going through a single sliding door, and on doing so occupants find seating for four, including a bucket seat for the driver and next to it a type of jump seat; the back is a bench seat. That driver seat can swivel to face either frontward (when the autonomous-drive function is off) or inward towards the passengers. A table sits between the rows of seats for playing Cattan on a long road trip, for example. That’s also where you find the round main instrument display and infotainment interface, which by its placement suggests it would be used mainly when the vehicle is parked or driving autonomously (there’s another screen at the front, activated when the vehicle is manually operated).

The Urbanaut showcases a number of interesting ideas, for example the “Loop”, a ceiling section above the rear bench that has animated illumination behind a fabric cover. As well, when the vehicle is immobile, a daybed can be conjured up by lowering the front dashboard. You can even open up the windshield (when parked) for fresh air and a breeze.

Many of the changes within this ‘living space’ are activated by choosing one of three vehicle modes, via the key fob (which Mini calls the Mini Token). Place it in a certain slot, and you get the desired mode. Chill, for example, makes the instrument display fold up and activates the Loop, which illuminates the forms of trees while nature sounds play on the audio system. Put the fob in the Vibe slot, and you see a graphic equalizer in the Loop. The main mode for driving situations is Wanderlust, and it creates a feeling of motion in the Loop’s lighting and displays trip data on the screen. 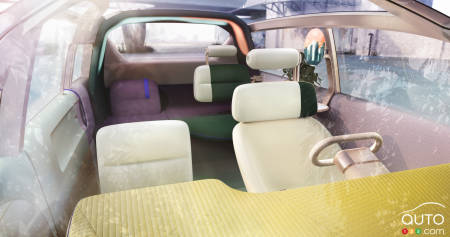 Photo: Mini
The Mini Urbanaut's interior, seen from the front 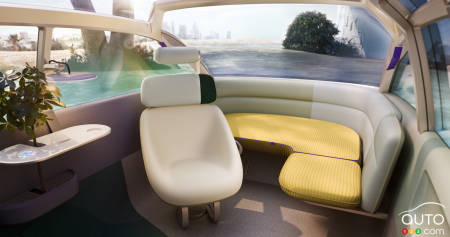 Making the Mini Urbanaut go is an electric powertrain, the components of which are located under the floor of the interior so no space is lost. Mini didn’t divulge the capacities or specs of the powertrain, so we don’t know how many electric motors are involved or even the capacity of the battery pack.

It’s anyone guess how likely it is that Mini will ever advance the Urbanaut to a production version. More likely is that we’ll see a number of its innovations migrate to more practical models within the Mini – and BMW - lineups in the future. Still though, it’s fun to imagine a near-future with a vehicle like this and the future VW all-electric microbus duking it out for the affections of the Burning-Man crowd of campers and chill adventurers. 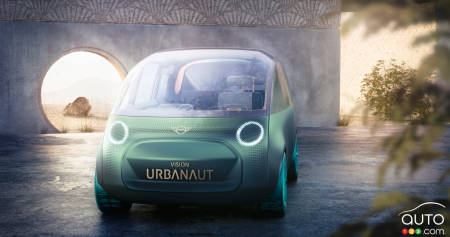 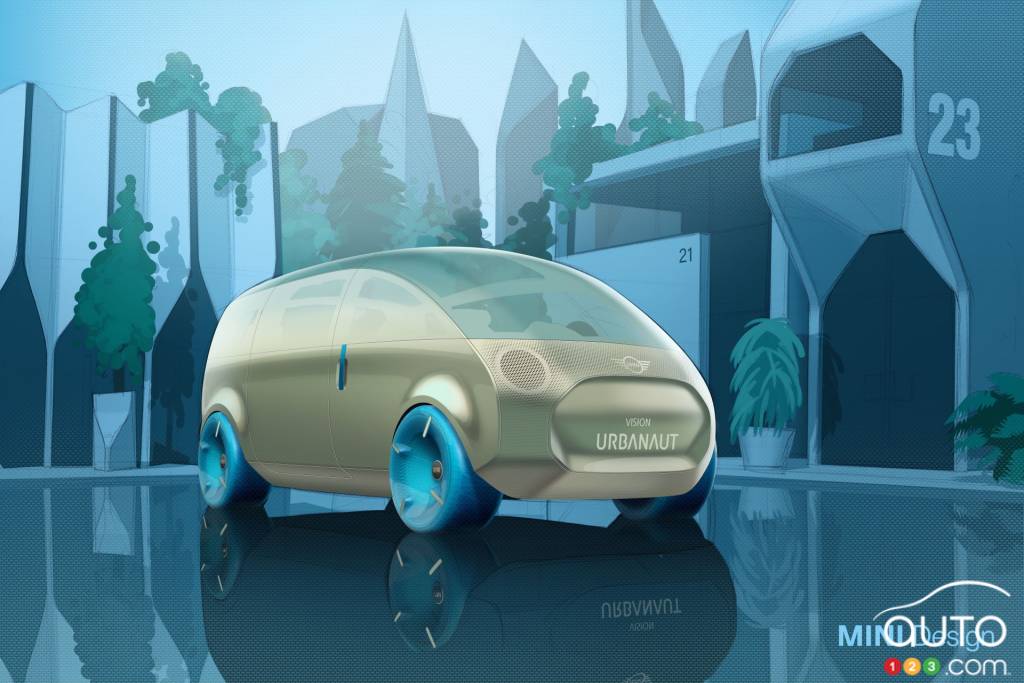 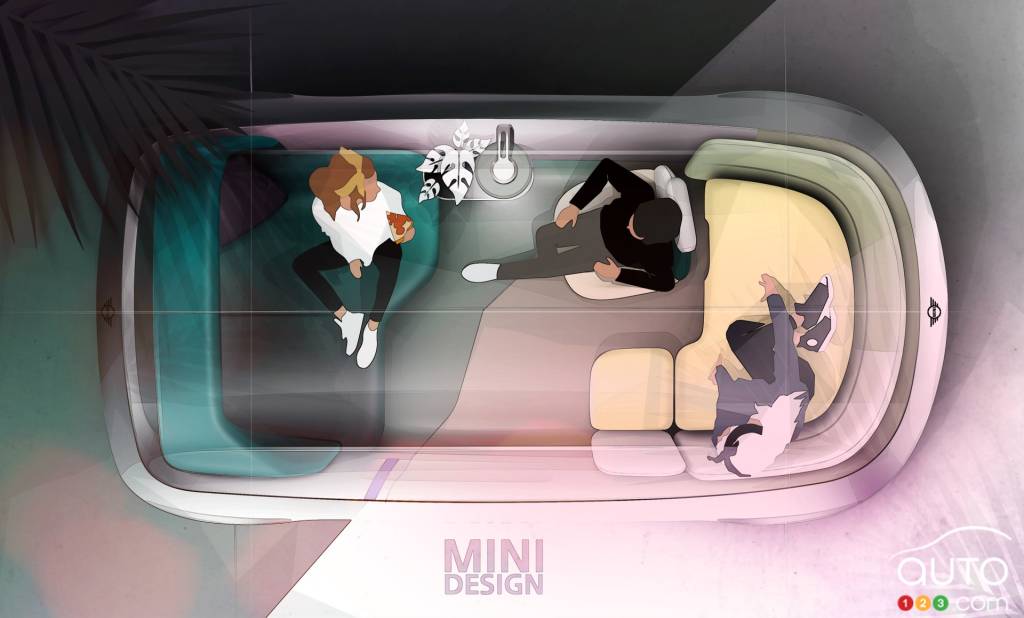 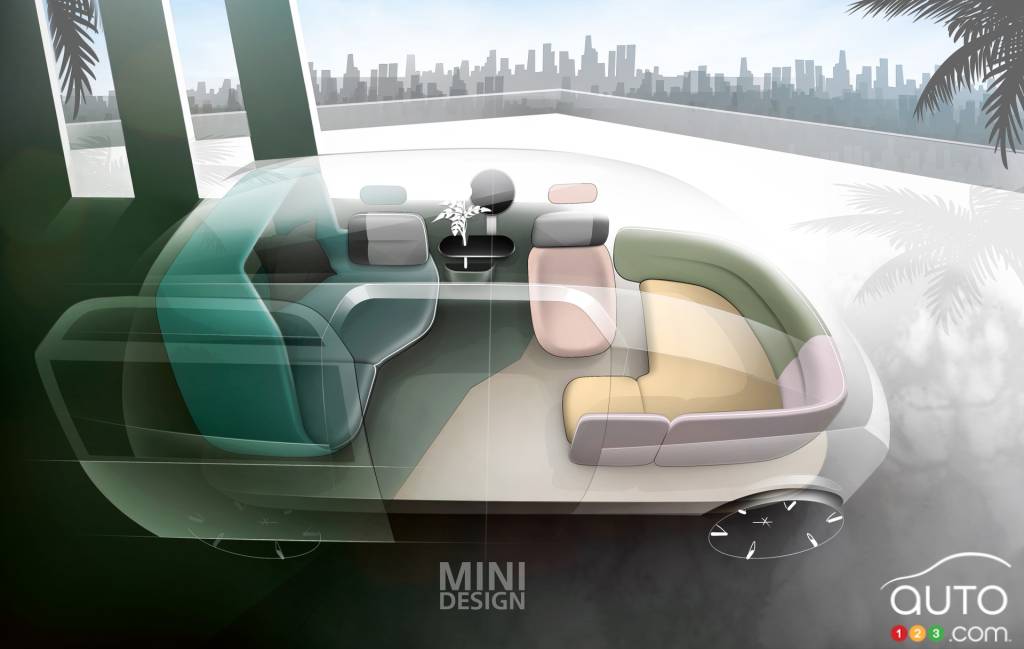 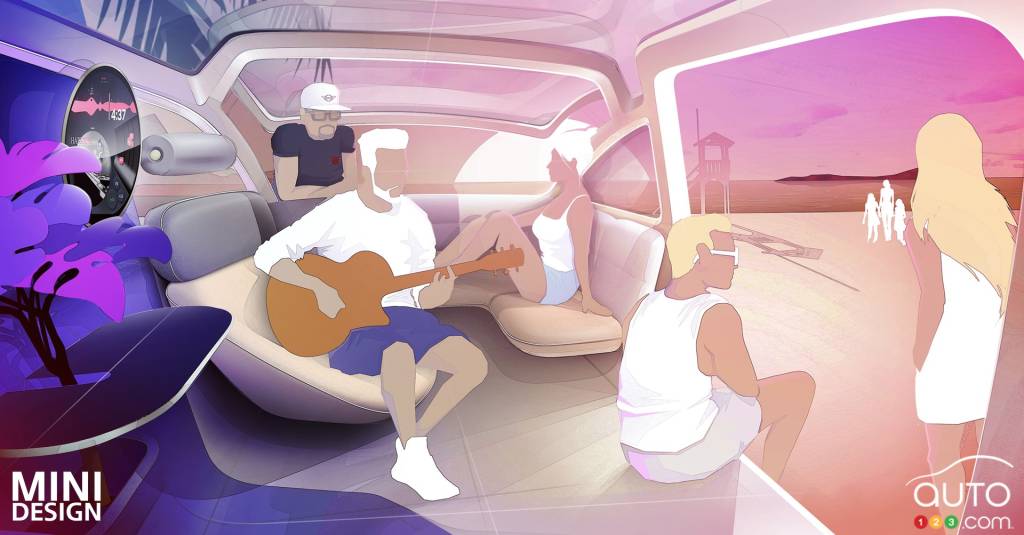 The Next Electric Mini Promises to Be a Big Step Up

Mini continues to work on development of the next generation of its Cooper model – and that includes an updated, improved electric variant. The next electric...

After saying it didn't want to get into car manufacturing after all, Sony is showing it can change its mind. The company announced a new Sony Mobility Inc. d...

Articles By
Derek Boshouwers
2022 Mercedes-Benz C-Class C300 First Drive: ...
Review
The Top 25 Family Vehicles in 2022, According...
Article
The 2023 Cadillac Escalade-V and its Specs: S...
Article
More from this author