The three-row Highlander crossover, newly redesigned this year, is now on its fourth generation. The new edition of the SUV enters a crowed playground peopled by several heavyweights. Already there were strong rivals like the Honda Pilot, Volkswagen Atlas and Mazda CX-9, and in recent years, the Kia Telluride, Hyundai Palisade and Subaru Ascent joined the fray. To say the least, the competition is fierce in this niche.

What's new for 2020
First of all, let's not forget that the Toyota Highlander has always been a good seller for Toyota. Long perceived – and rightly so - as a sure thing in the market, the model was nevertheless due for a serious refresh. Toyota took some well-calculated risks in transforming its SUV. The visually transformed new Highlander is a little longer and wider and above all much rounder at its edges than its predecessor. You either like it or you don't; to our eyes it looks a little like a RAV4 on steroids. 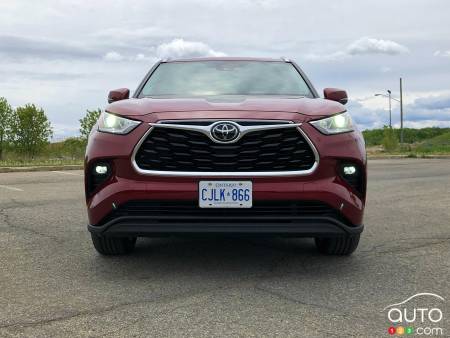 Inside, the festival of roundness continues. As soon as you settle inside, the comfort of the driver's seat is notable. The small steering wheel is easy to grip and doesn't feel like it's bolted to a big beast. Note that this small steering wheel has no fewer than 19 buttons that control radio, smartphone, cruise control and even lane departure warning system.

The interior space is very well-designed and well-finished, with multiple storage spaces available for occupants in each row. Toyota, which long remained allergic to the Apple CarPlay and Android Auto applications, includes them standard here right from the base version. Bravo. Otherwise, several USB ports are available in the 2020 Highlander, both front and rear.

The second-row seats are wide and very comfortable, but those in the third row are, and you see this coming, good for children; you'll get complaints from any adults condemned to sit back there. Even for those of average height, there's a dearth of legroom and headroom. Although we weren’t surprised by this, it still constitutes a disappointment.

All models offer eight seats except the Premium version, which offers seven due to the presence of two second-row captain's chairs.

In terms of pricing, the ball gets rolling at $42,329 for the front-wheel-drive L version; this entry-level model offers 60/40-split fold down second- and third-row seats. The driver's seat is heated and 8-way power-adjustable, the central console is fitted with an 8-inch touchscreen and the audio system connects to 6 speakers. Safety features include the Safety Sense 2.0 package and Blind Spot Monitor with Rear Traffic Alert.

For an additional $3,500, bringing the cost to $45,829, you can upgrade to the LE AWD, which includes Toyota Audio Plus, Sirius Satellite Radio, Safety Connect and Rear Cross Traffic Alert.

The XLE version seems to us the most interesting choice; it offers a power-adjustable passenger seat, tri-zone automatic climate control, sunroof and power tailgate, for a price of $48,329.

You'll have to add another $2,300 to get the Platinum version, which includes a head-up display, larger 12.3-inch screen and heated second-row captain's seats. At $56,329, we think the price is a bit steep, especially since the competition is tough in this category and at this price level. 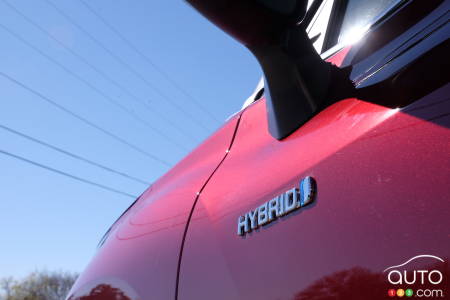 A hybrid version for small car-like fuel economy
Toyota really nailed it with its decision to produce a hybrid configuration of its 2020 Highlander. The idea is great in and of itself, but Toyota really made the proposition attractive by making it so you only have to add $2,000 to get it, no matter which version of the model you choose. Under these conditions, you could end up seeing more hybrids on the road than gas versions. This, by the way, is the version that impressed us the most during our first test drive of the 2020 Highlander last December.

The purely gas-engine versions are all powered by a 3.5L, 6-cylinder, direct-injection engine producing 295 hp and 263 lb-ft of torque, combined with an 8-speed automatic transmission. The hybrid version, meanwhile, uses a 2.5L 4-cylinder with a Hybrid Synergy Drive system for 243 net hp, and a continuously variable transmission.

During our recent test drive, which was conducted only with the 6-cylinder version, we found the ride to be very pleasant. The transmission provides smooth shifts, and even if you push the engine a little, nothing unpleasant will come out of it. The sound of the engine is very pleasant, and the vehicle’s ride is pretty near total smoothness. Frankly, it feels more like driving a Lexus than a Toyota. 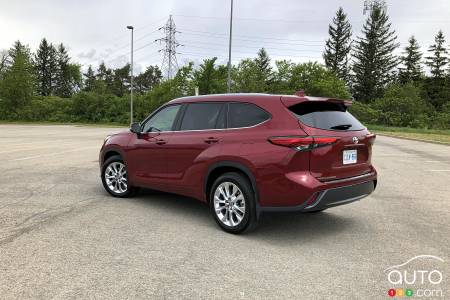 Congratulations to Toyota, because while the old model never made you feel like you in a Lexus, the 2020 Highlander makes you pretty game to hit the road for longer trips. This is mainly due to the new TNGA (Toyota New Global Architecture) platform, which gives the Highlander increased agility, a tighter turning radius and a smoother, quieter ride.

On the fuel consumption side, making generally shorter trips during these times of the pandemic, we recorded an average of 11.2L/100 km. On the road, the average is 7.8L, usually with two adults on board. To our great surprise, we stayed below the manufacturer's fuel consumption figures. Let's just say that’s not a common occurrence...

Conclusion
The new 2020 Toyota Highlander 2020 is a serious player in the 3-row crossover category. For one thing, it's one of the longest-serving, most credible and most respected models of its type. Secondly, with a few minor exceptions, Toyota didn't trip up with this overhaul. Which makes it easy to recommend, especially given the model’s proven reliability and resale value that the Korean models can't touch.

That said, if you're looking for a vehicle with real, actual room for seven or eight people, you'll be disappointed because the third row seats are really tight. Plus, there’s precious little cargo space in back when the third row is actually in place. If these things matter to you, you'll get more satisfaction by going to Hyundai, Honda or Kia, which offer models starting at $38,699 for the Palisade, $43,220 for the Pilot and $47,000 for the Telluride respectively. Where the Highlander literally crushes its competition is that it's the only one to offer a hybrid version! This very fuel-economical variant provides Toyota with a very compelling sales pitch. 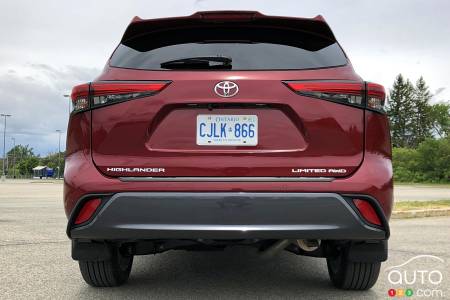 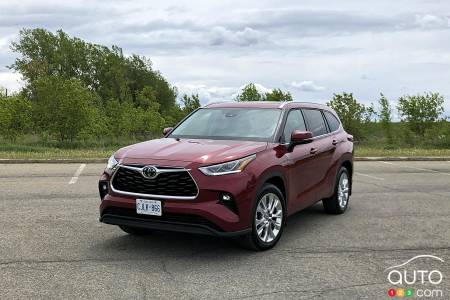 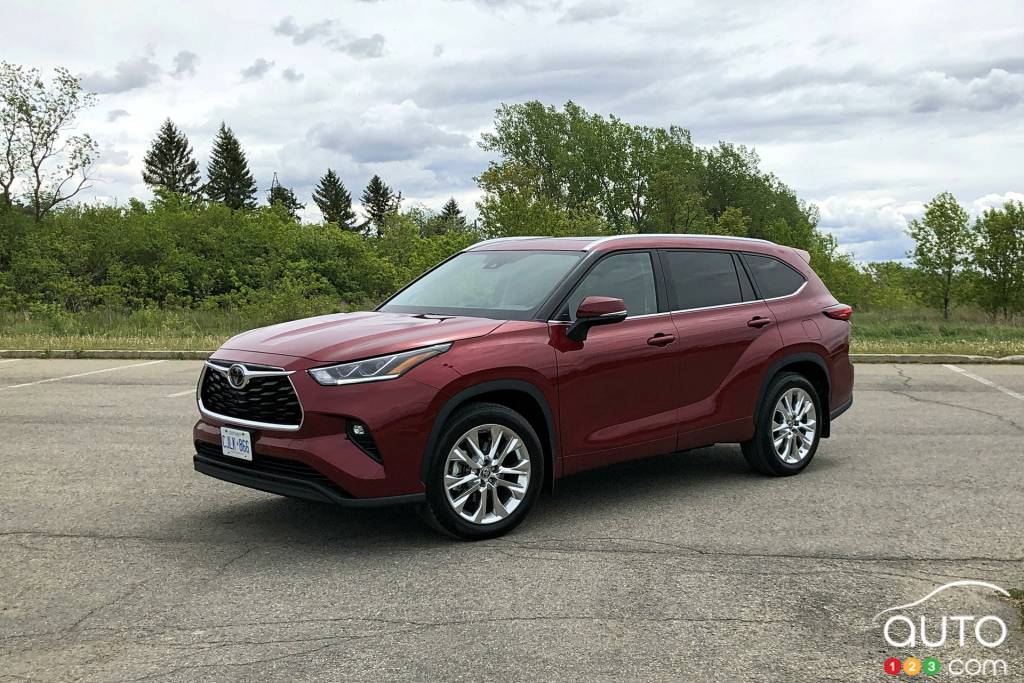 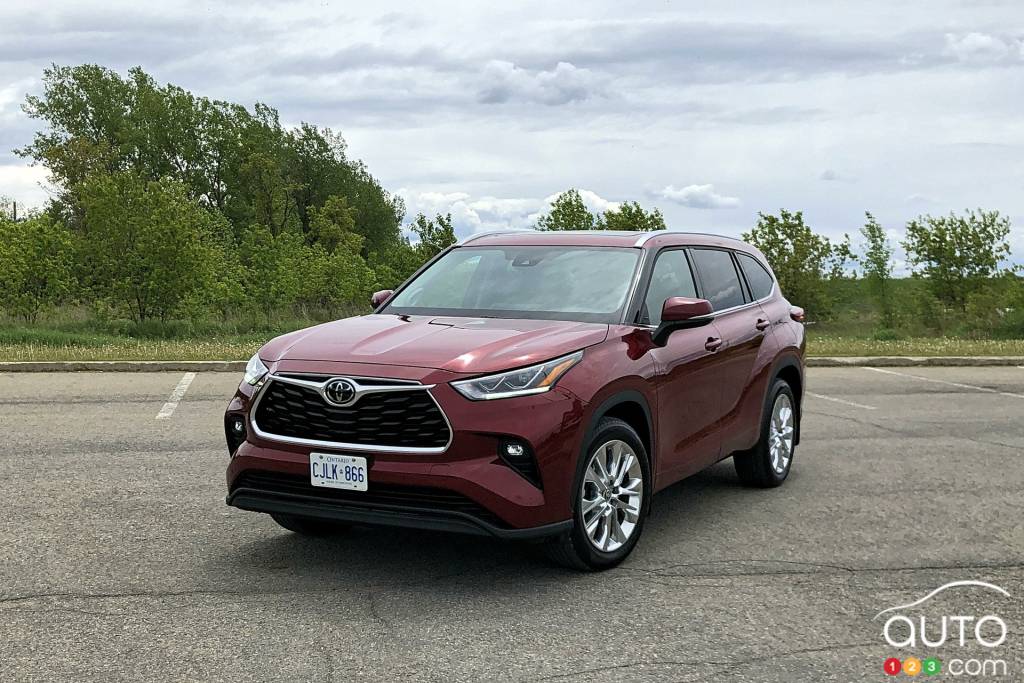 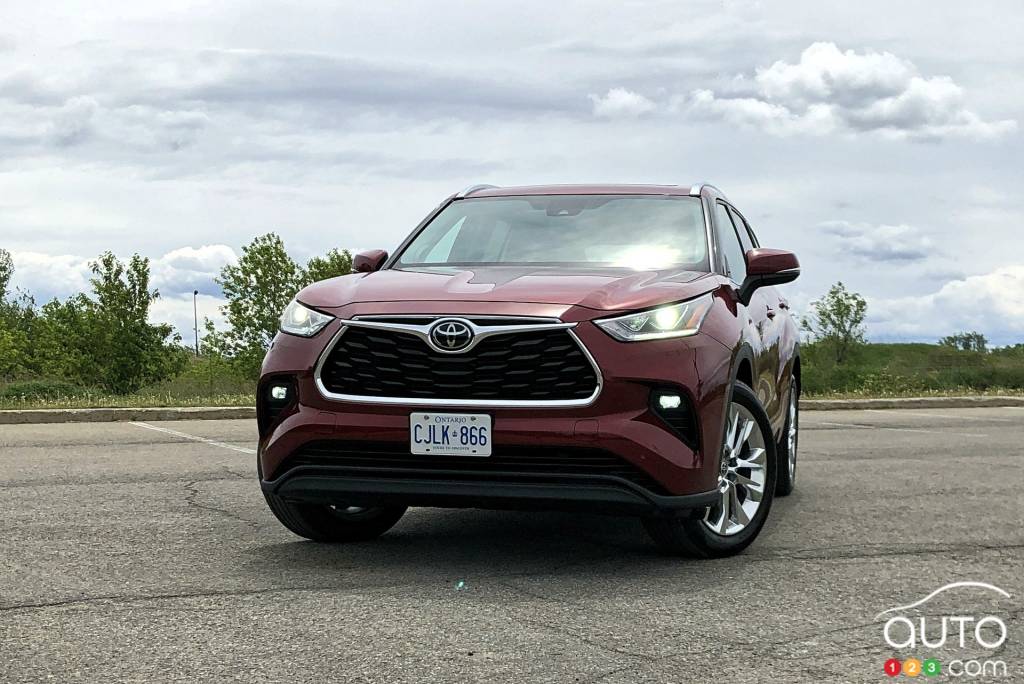 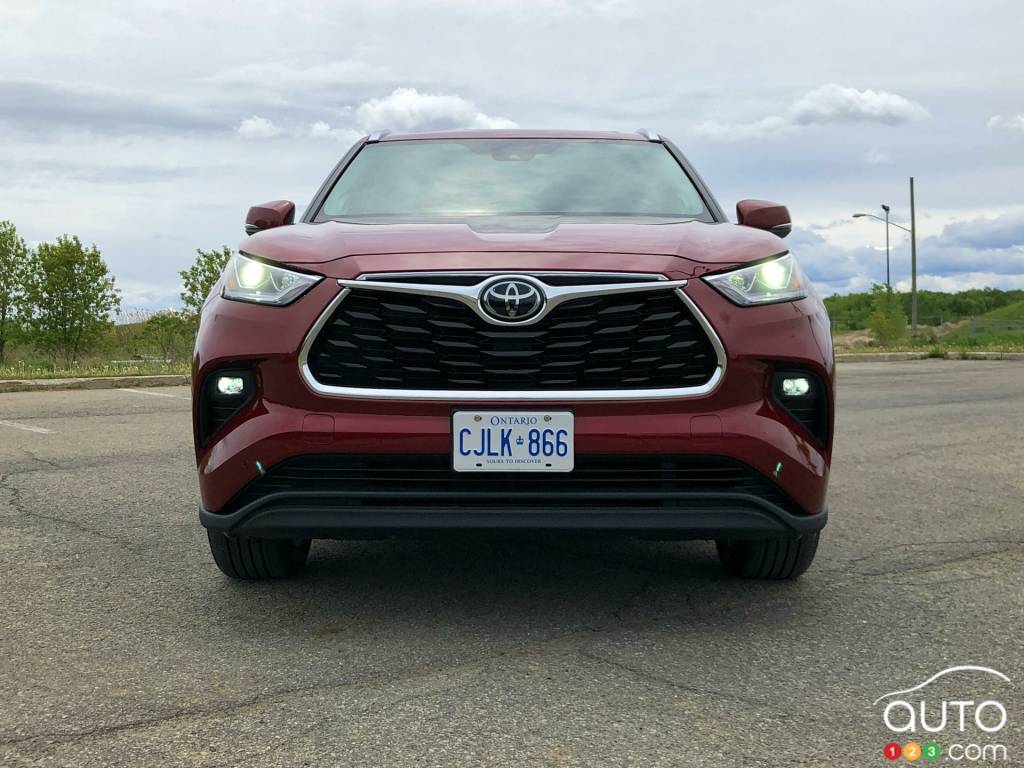