Volvo is one of the auto manufacturers most committed to electrification. The last model from the Swedish brand to be equipped with a combustion engine will probably be the next-generation XC90, and by 2030, Volvo's big boss wants the brand to be producing only all-electric vehicles.

In fact, over the next 10 years, Volvo has set itself three goals specific goals on the road to electrification. The first is to have 20 percent of its worldwide sales consist of electrified models, and that is expected to happen this year. Second, by 2025, the company wants half of its sales to be all-electric models. There too, the company is moving swiftly. Then, by 2030, only electric vehicles will be offered by the company.

“I would be surprised if we wouldn’t deliver only electric cars from 2030,” CEO Hakan Samuelsson recently told the Financial Times Futures, as reported by Automotive News. He iterated the company’s belief that laying out firm deadlines for the end of gasoline and diesel engine sales will accelerate people's willingness to switch to electric vehicles, more so than do financial incentives for green vehicles.

“The way forward would be to have clear rules on when we need to exit the combustion engine. Once you have realized that the petrol and diesel engine are really not part of the future, it’s rather easy to see you have to move fast into the new world.”

In an interview earlier this year, Hakan Samuelsson said that he wants Volvo to go electric before governments make it mandatory. Now, speaking to the Financial Times Future, he reiterated that what are driving the changes at Volvo are not current and pending laws. “Volvo will be very careful and deliver only electric engines before anybody has legal requirements for this.” 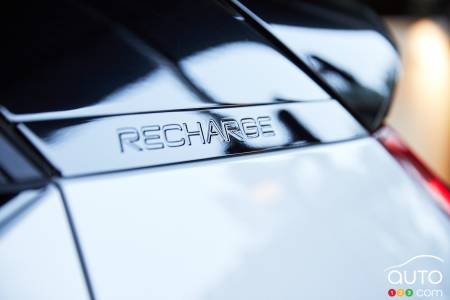 Volvo Will Offer Only Electrified Vehicles in Canada as o...

Volvo has confirmed that as of 2023, it will only offer electrified vehicles in Canada. This of course includes hybrid and plug-in hybrid models, but it's a ...