This year, the most noteworthy change to the Durango model, which gets more old school with each passing year, is the addition of the SRT Hellcat variant. In that iteration the family-oriented SUV gets the nasty supercharged V8 engine used on five vehicles within the FCA group if you count the two newest ones, the Ram 1500 TRX and the much-ballyhooed Durango SRT Hellcat, available exclusively in 2021.

But the Durango we tested isn’t that one. It’s not as muscular as the SRT edition, nor is it as expensive for that matter! No, this Dodge Durango wears the R/T badge, which means that while there is a HEMI V8 engine bolted under the hood, it’s not one with Street and Racing Technology on it.

Still, that doesn't mean Dodge's largest SUV is uninteresting in this form, far from it. Keep in mind the Durango has already been the tow-capacity king of its category for a decade. When equipped with the optional Tow'n'Go package, the Durango can pull up to 8,700 lb (or 3,946 kg). The vehicle used for this spring test was so equipped (although in the event no load was towed with it).

A muscular SUV?
Yes, it's true that without either of the HEMI performance V8s, the Durango R/T doesn't quite have the powertrain to record 0-100 km/h times worthy of the best acceleration cars, but at least the sound of the 8-cylinder makes clear its American bona-fides. That element is amplified by the presence of the high-performance exhaust system that comes standard with the Tow'n'Go option.

Other features include an adjustable suspension, stiffer brakes, 20-inch wheels, a rear axle with electronic limited-slip differential, high-capacity engine cooling and even performance steering, just to name a few of the gizmos designed to improve the SUV's performance on the road. The optional package includes several other gadgets.

On the outside, the R/T version also stands out thanks to the vented hood, as well as that gorgeous F8 green body colour. As for the redesigned front end for 2021, let's just say the SRT versions of previous seasons paved the way for this more aggressive snout. I have to admit, even after 10 years on the road, the Dodge Durango still looks good; and that’s a compliment I wouldn’t give to all vehicles in the class.

A new interior, but...
Inside, designers have refined the dashboard, if only to mimic that of the Challenger. The 10.1-inch wide central screen is oriented towards the driver and the system that runs on it, the famous UConnect, is now in its fifth version. UConnect5 offers even clearer graphics and faster response than before.

The climate controls and the button for the drive modes (Snow, Tow, Sport and Track) that come standard with the Tow'n'Go package are found beneath the screen. Otherwise, Dodge decided to leave the traditional gearshift lever in place, instead of using a thumbwheel like in some Chrysler or Ram vehicles for example.

The Durango tester we drove came standard with the captain's chairs in the second row, and in fact the centre console placed in between them serves mainly to store headphones and the optional entertainment system remote.

Unsurprisingly, access to the two third-row seats is difficult and space is limited, adequate only for younger children. But then, only a few SUVs in the class do any better in this regard; the Durango delivers what most any similar SUV will. The trunk is either small (with the third-row seat up), large (with the captain's chairs in place) or extra large (with both rows of seats folded).

Beyond that, we noted some cheapish-feeling plastics, which is mainly a sign of the age of the SUV – remember it has been in service since 2011. However, it's not too serious, especially since the plastic panels are found mostly in the door bottoms and other unobtrusive corners.

Behind the wheel
Press the start button and the 5.7L V8 responds with a roar, helped along by the partially unrestrained exhaust pipes. Mated to the eight-speed automatic transmission, the engine has no trouble moving the big people mover, even though the 360 hp and 390 lb-ft of torque it delivers aren't as monstrous as what you get from the other two V8s available in the brand's catalog. Why is that? The weight of the SUV. Indeed, with 2,411 kg to move, the "little" V8 is not as heavily armed as the engines developed by the SRT division. Acceleration inevitably lacks the “oomph” of the other two 8s.

At the same time, let’s not get caught comparing apples and oranges. The Durango R/T is not as expensive as the two SRT models. So while it takes on airs of big performance model at times, the R/T model is more for family use or even for occasional towing than for tearing up the tarmac and impressing others.

I did note the stiffness of the suspension, and on a bumpy road the SUV gets bouncy... very bouncy indeed! Fortunately, if you confine yourself to the less sporty drive modes, the SUV is soft enough, even though it’ll never take the prize for coddling occupants. With nearly $20,000 worth of options installed on this R/T variant we drove, it almost makes sense to move up to the next level, the Durango SRT, which, in addition to coming with the 6.4L engine, is itself equipment-laden.

The last word
The Dodge Durango is aging well in some ways, not so well in a few others. It does have the worst average fuel economy in the category and that some details really betray the age of the three-row model. But environmentalists can rejoice, the current Durango is nearing the end of its life. We don't yet know what the Dodge’s intentions are for going forward, but with the popularity of SUVs these days, we’re guessing there are intentions there.

That said, the world continues to evolve, and the reign of the V8 HEMI is coming to an end - even though Jeep has just introduced the Wagoneer lineup with two V8 HEMI engines in the offering. But while electric mobility is beginning its ascension within the industry, this type of vehicle still has its place on the road, if only to tow the boat on weekends. 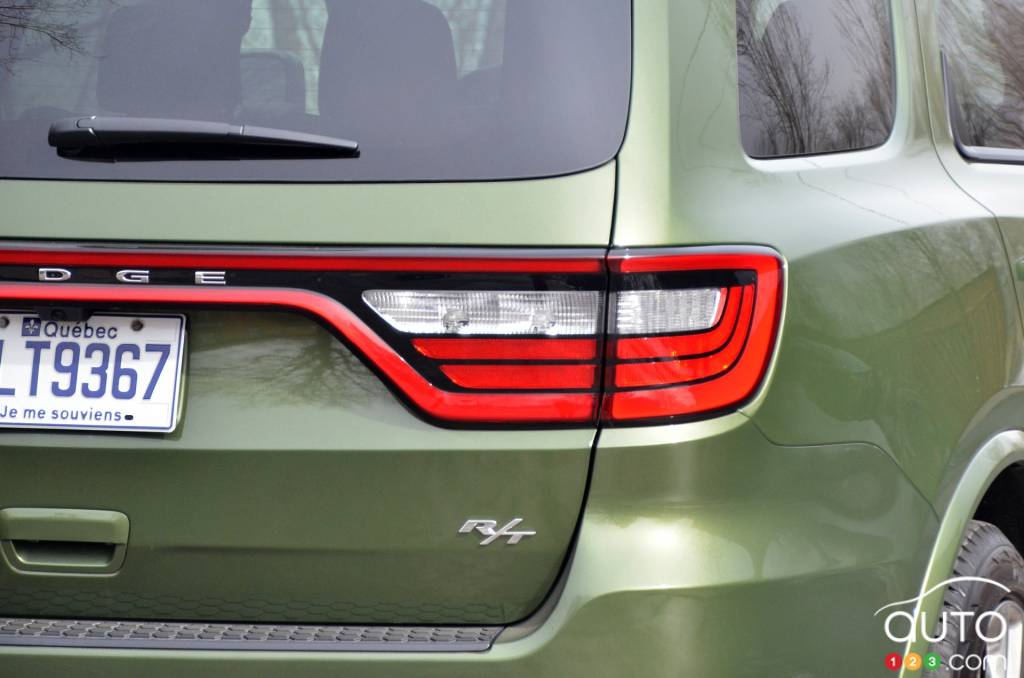 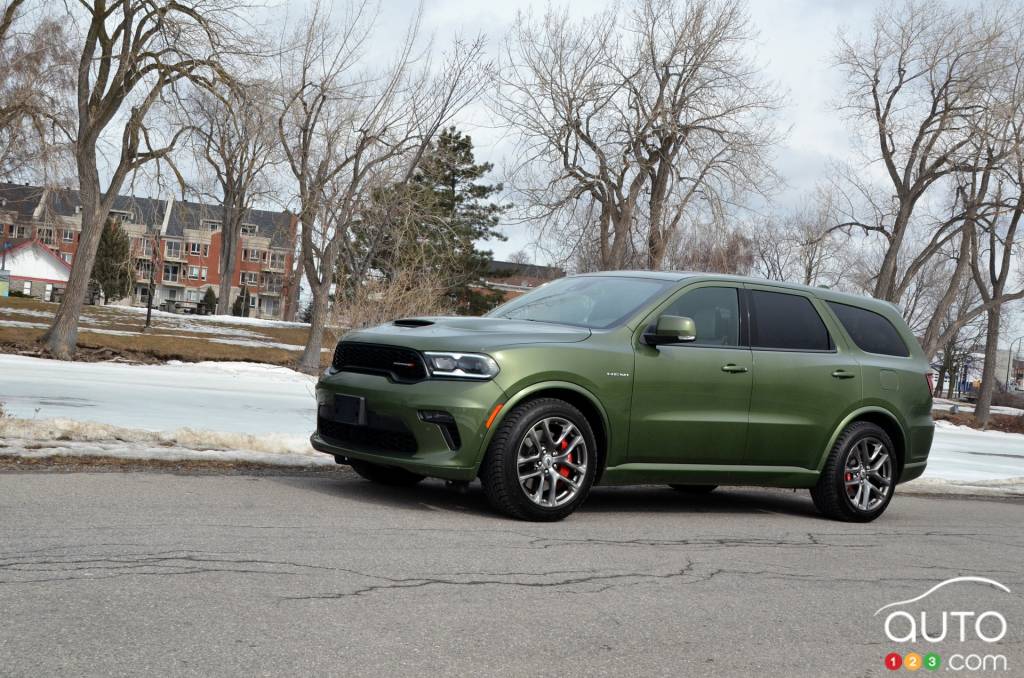 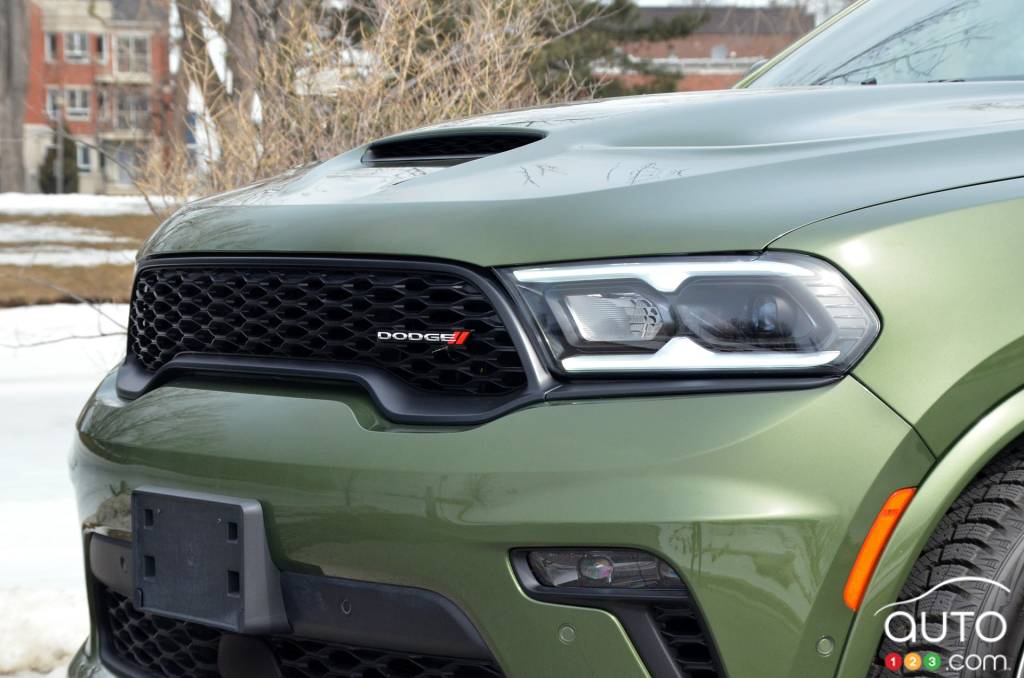 Dodge and Jeep Will Recall 270,000 Vehicles over Rollaway...

Dodge and Jeep are recalling more than 270,000 vehicles - including nearly 20,000 in Canada - due to a problem with the shifter and the braking system. Essen...

1,000 more units of the 2021 Durango SRT Hellcat will be built by Dodge, according to the Muscle Cars & Trucks website. The company wants those who couldn't ...