When we attended the Canadian launch of the current (and 12th) generation of the Toyota Corolla in May 2019, the company brought up the number of units it had sold of the model globally since its introduction in 1966.

At the time, that figure stood at around 45 million units worldwide, so clearly it was well on its way to reaching 50 million.

That milestone has just been achieved. Toyota announced this week that it has sold the 50 millionth version of the popular model, which holds the crown as the best-selling vehicle of all time.

In Canada, the counter sits roughly at 1.6 million. Note that the car made its debut in 1969 in this country. 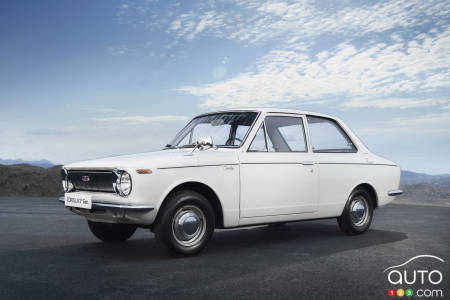 Is the Corolla’s hold on the crown threatened by another vehicle? Yes, and that would be the Ford F-Series. However, we would need updated figures to properly measure how that battle is progressing; we do know the gap is closing. One thing is certain, though: the Corolla will remain the best-selling car for a long time, even if it’s eventually overtaken as the best-selling vehicle. The next best-selling car is the Volkswagen Golf, by the way.

These says, the Corolla is available in an increasing variety of trims, which only helps its sales statistics. And with an SUV version being added for 2022 (Corolla Cross), we’ll enjoy the hearty debate about whether to include that model in the sales total for the Corolla going forward. Automakers’ marketing departments are surely sharpening their lines of attack on that one.

But that’s for another day. Right now is for Toyota to celebrate what is without question a remarkable milestone.

Review of the 2019 Toyota Corolla: Lying in Wait for the Next Gen 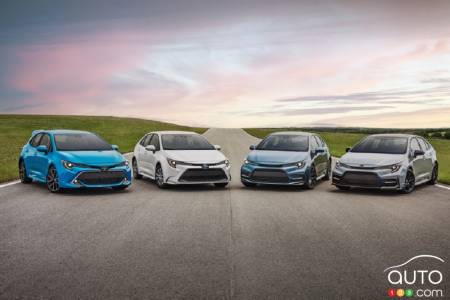 Toyota Canada has announced pricing and trim details for the 2023 Corolla sedan. No news on the appearance front, but certain tech has been updated and the b...

The 2023 Toyota Corolla Hybrid gets a $26,090 starting price in Canada, with four trims occupying the product offering. Notable elements for 2023 include thr...