Since 1996 J.D. Power has been publishing an annual study of new consumers’ levels of satisfaction with the products offered them by auto manufacturers. The results for 2018 show that the manufacturers are tuning in to what their customers want, and delivering better-quality products.

The study by the respected firm analyzes data collected from new 2018 vehicle owners over a 90-day ownership period. 77 elements are considered in all, ranging from the response they get when pushing on the accelerator to the feeling of luxury they get to the quality of the audio system. Maximum potential score is set at 1,000 points.

Before getting into specifics, we note a few interesting takeaways from the study.

The intense competition across the range of segments is, it seems, compelling all companies to up their game. As they say, competition is healthy…

Mass-market companies catching up with the luxury carmakers
Another notable trend is the narrowing gap between scores put up by mass-market brands and the prestige marques. Luxury automakers taken together scored on average 851 points, or 6 more than last year, while the mass-marker manufacturers have jumped 10 points to reach 814. The 2018 gap of 37 points is the smallest it’s been since 1996.

Improvements across the board
Of the 10 major categories analyzed for each vehicle, for example the engine/transmission, fuel economy and storage and cargo space, average scores improved in every single one this year.

J.D. Power is unequivocal: the time has never been better to be a new-car buyer.

And the winners
Genesis, the new stand-alone luxury brand owned by Koran automaker Hyundai, came out on top among premium brands with a score of 884, just ahead of Porsche (883). Next in line were BMW (863), Lincoln (861) and Mercedes-Benz (858).

Among mass-market brands, Chevrolet and GMC placed first with 826 points each – a first for each of those companies. They were followed by RAM (825) and Dodge and Ford (tied at 824) 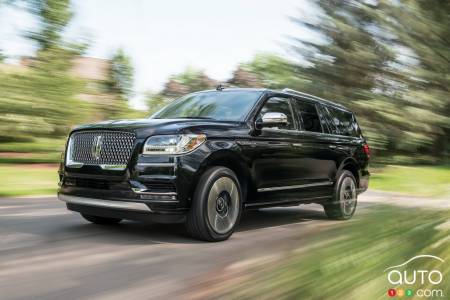 Some brands stood out for having the most models in their lineup score highly in the study. It’s worth noting that some niche products, due to their small volume of sales, produce insufficient data and are not included in the J.D. Power study. Here are the automotive groups with the most segment-level model APEAL awards: 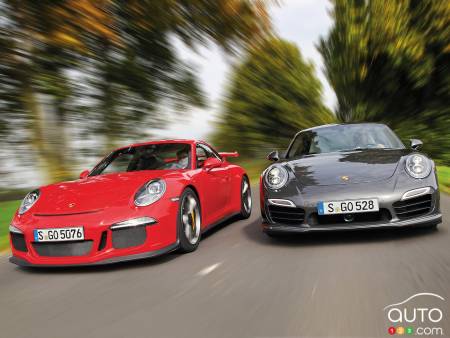 Subaru Canada has announced pricing for its Crosstrek model for the 2021 model-year. The automaker also confirmed the new variants joining the lineup for nex...

Auto123 takes a loving look at Car and Driver’s picks for the G.O.A.T. (Greatest of All Time), ie the best cars the mag has encountered in its 65-year histor...

Pricing and trims details for Canada have been announced for the 2021 Genesis G80 mid-sized luxury sedan. The least we can say is that Genesis is keeping its...